This blog post was going to be about a day out in Abu Dhabi and all the delights it has to offer, but we ended up at Ferrari World, so the city itself will have to wait for another day to be explored.

It's the teens 16th birthday next week and we're struggling with things to do with him that don't cost a small fortune. Dubai is geared for shoppers and people with young children as a holiday destination, where there are so many free things to do, which I tend to do regularly, but for teenagers everything is focused on spending money and amusement and water parks. This is also his second visit so we've done the malls, beach, souk etc already. 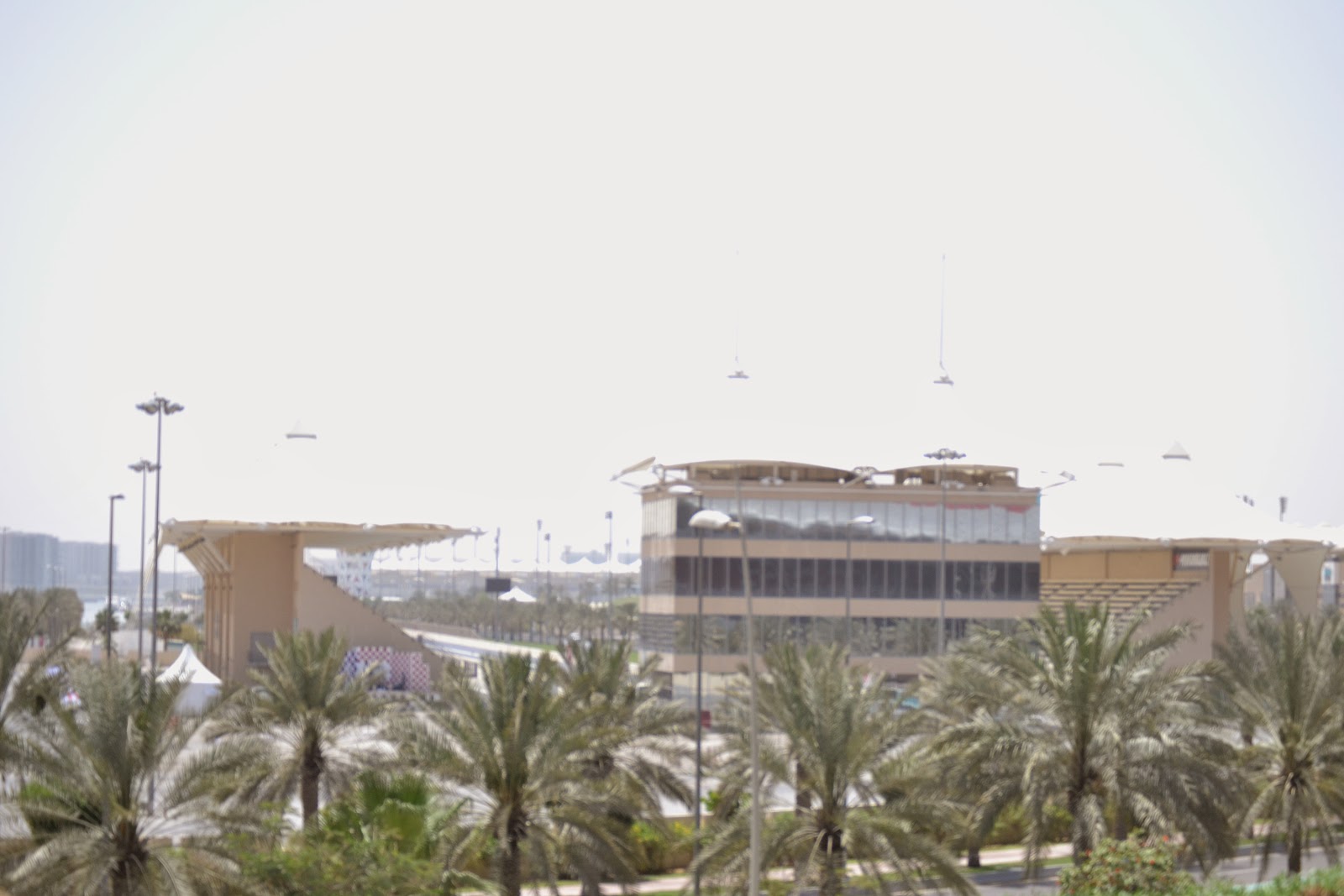 As the teen is here on his own and neither hubby or I fancied the water park, we opted for a short drive to Abu Dhabi to Ferrari World. It cost AED 250 each which is around £50 with the current exchange rate and on arrival we were actually rather disappointed. 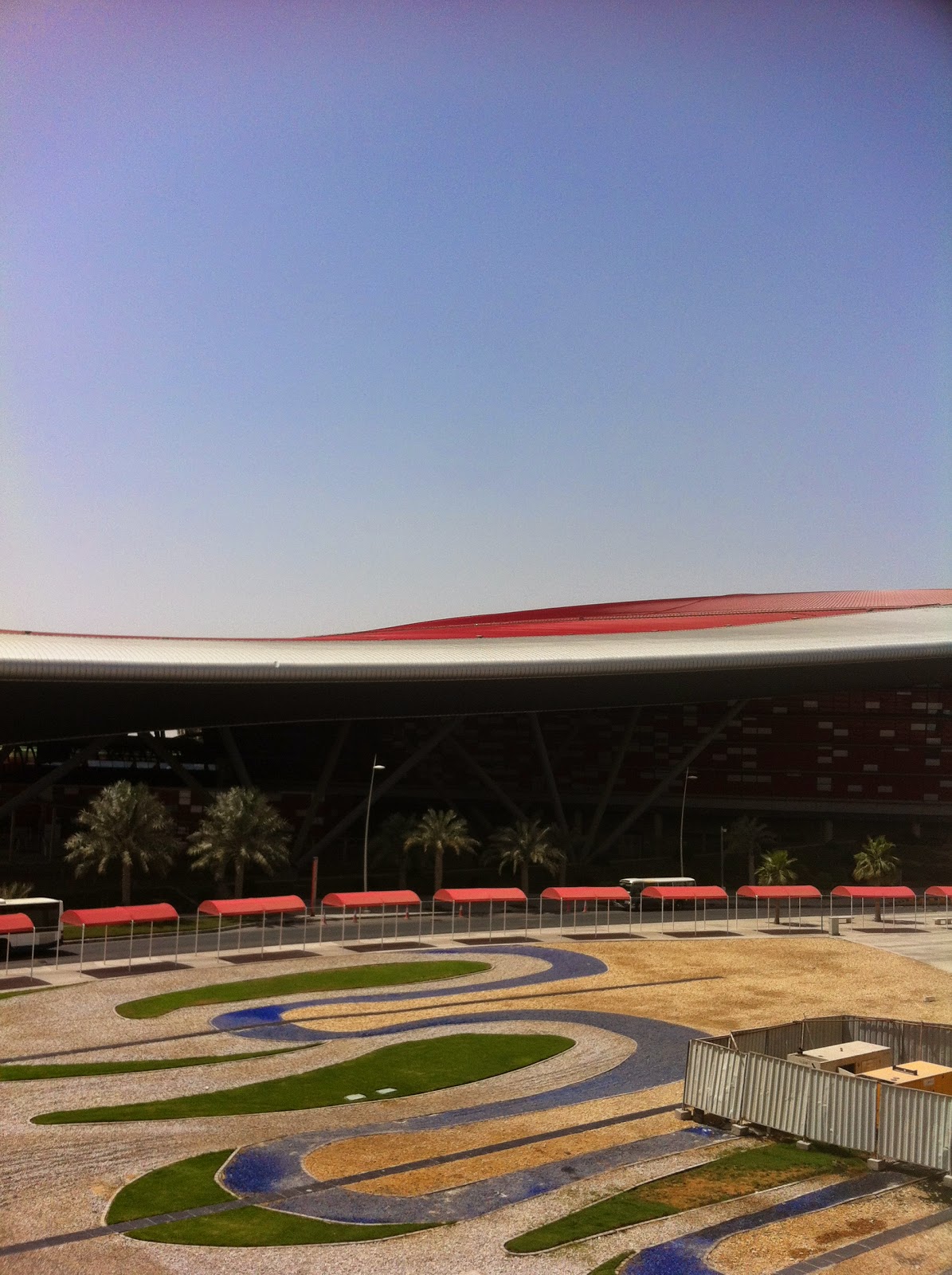 The iconic red roof was visible in the distance as the was iconic hotel and Formula 1 track, but the entrance to Ferrari World seemed a little confusing so after parking in the mall car park and walking through the restaurants towards the mall we queued, paid and entered. 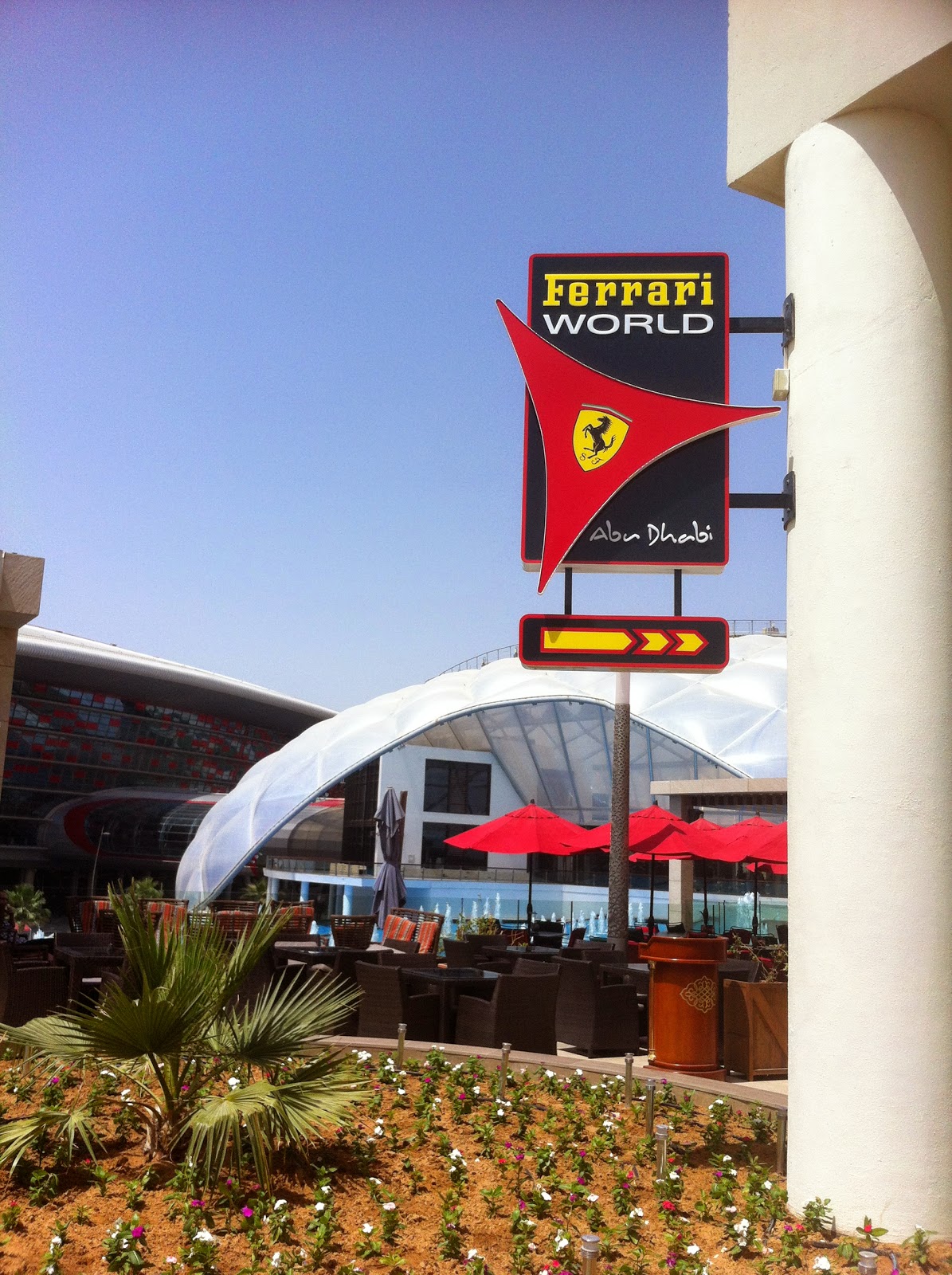 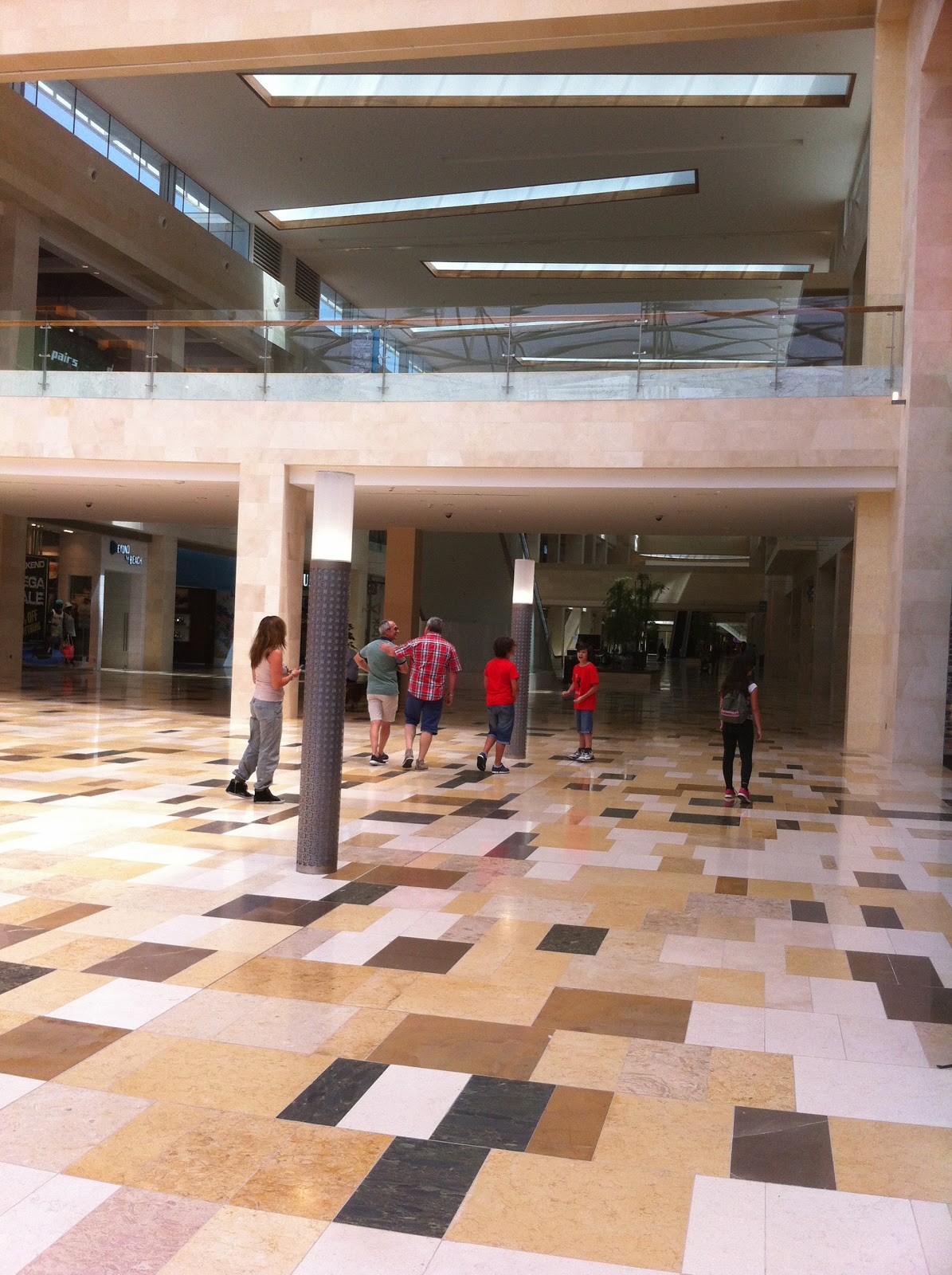 If you visit Ferrari World expecting it to be a theme park full of exhilarating rides, then I'm afraid you'll be disappointed. Although the World's Fastest Roller Coaster, Formula Rossa is here reaching speeds of 250kms in 4.9 seconds, the ride lasts for just over a minute. 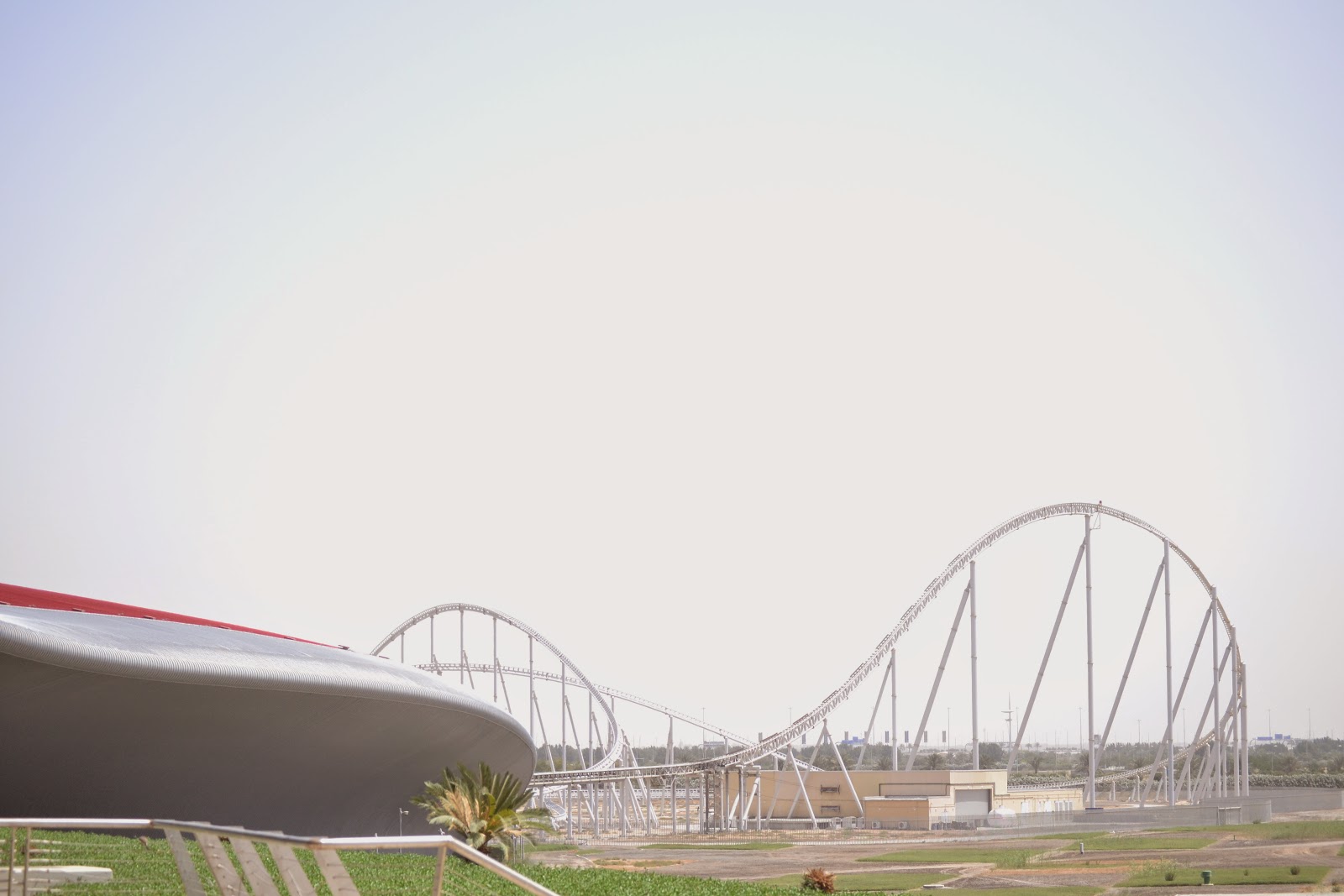 Ferrari World is a theme park in it's true sense. Themed around the world of Ferrari's, displays, their history, the future and of course the obligatory gift shop, one has to pass through to exit. 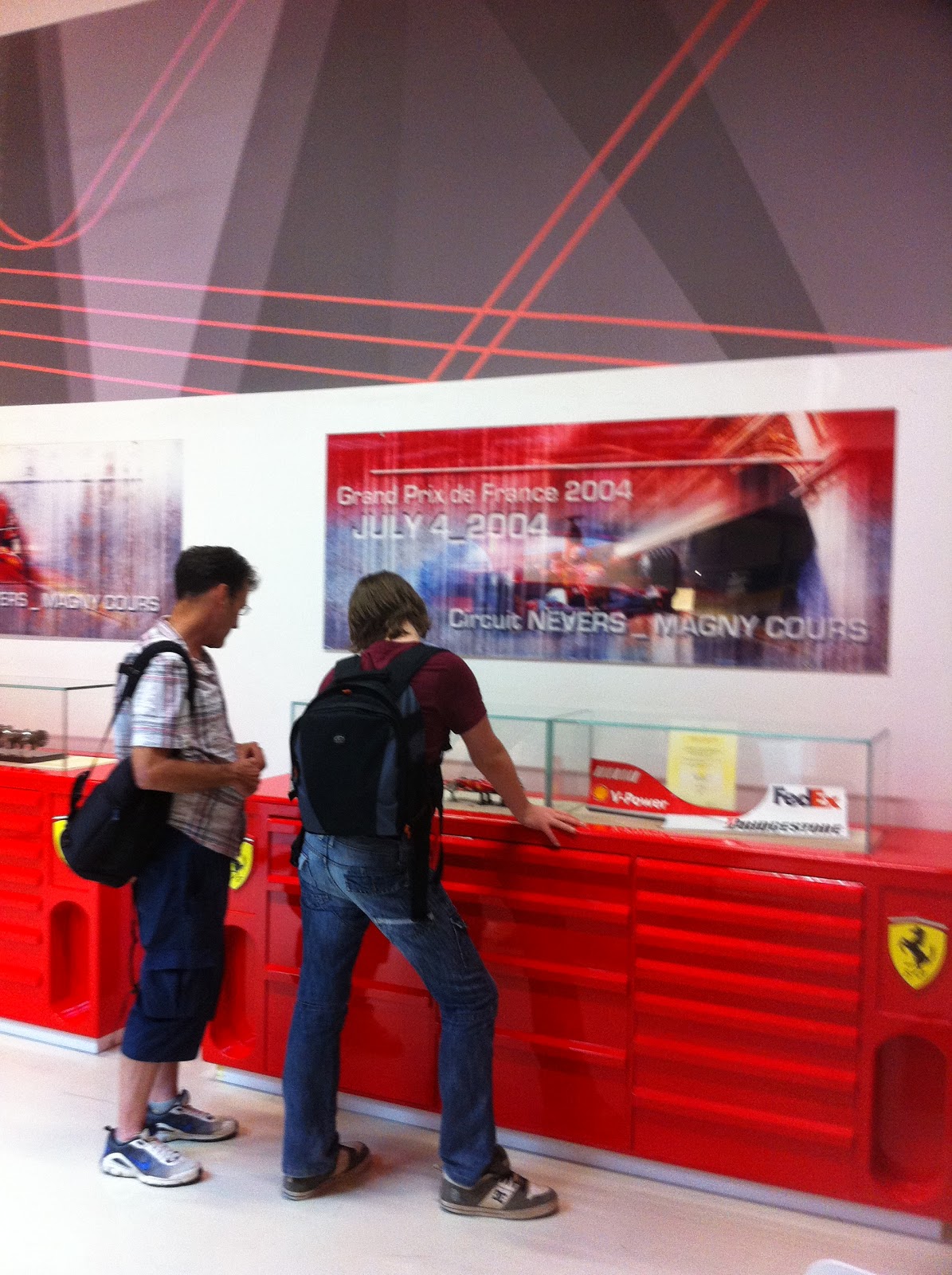 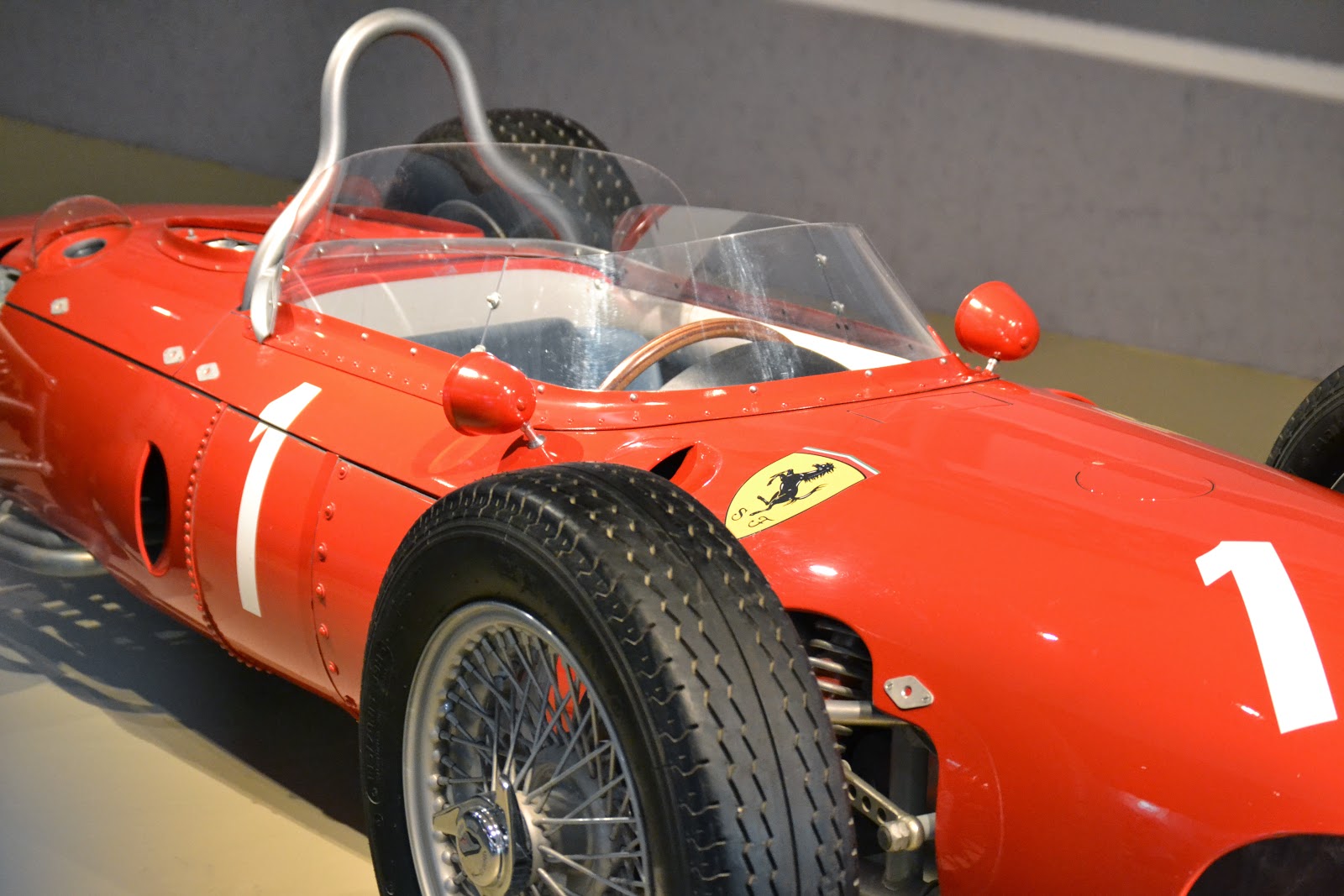 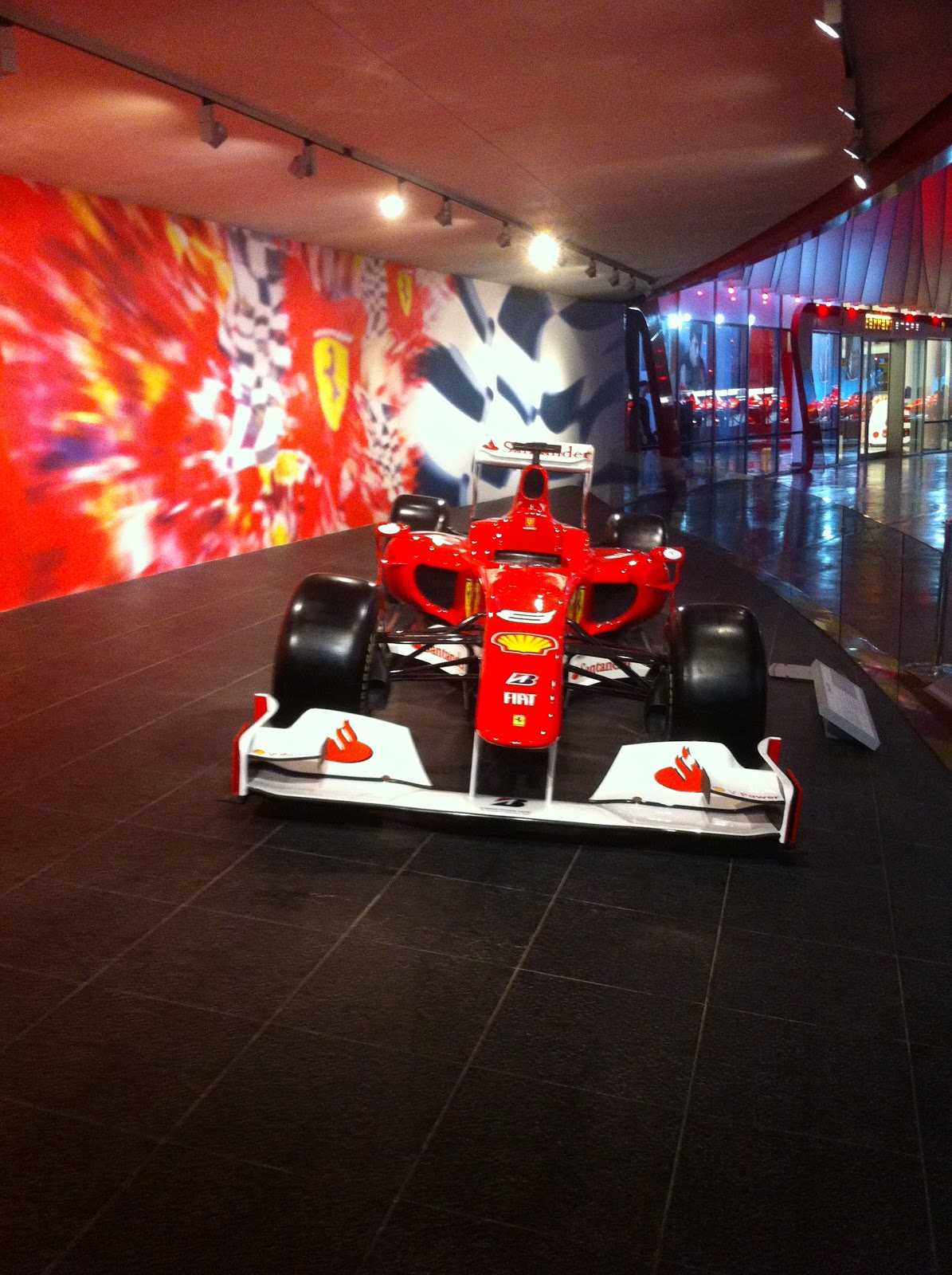 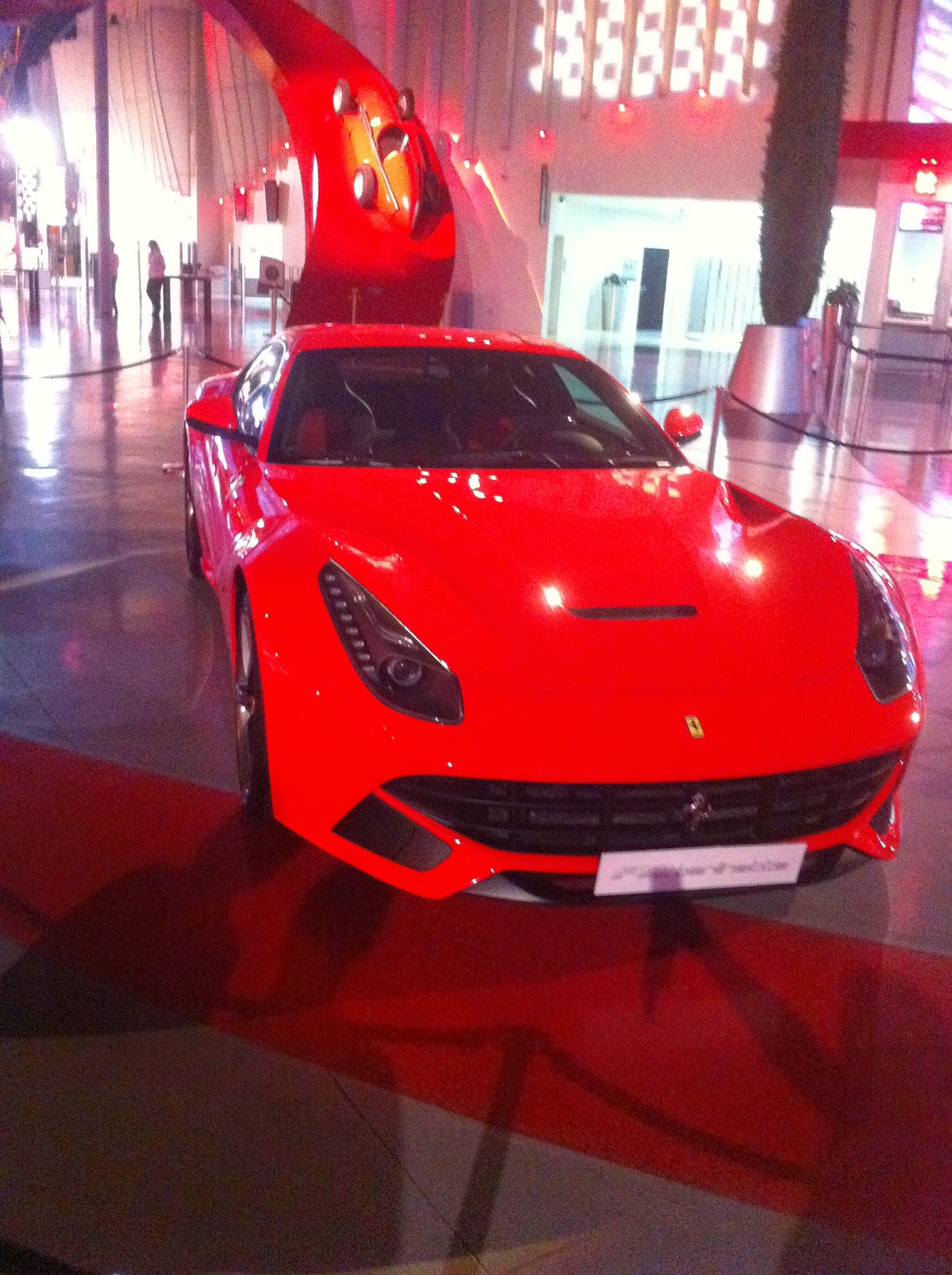 For an additional AED 200/£40 each you can 'fast track' the queues but we visited on a Friday, out of term time and the place was very quiet with no more than a few minutes waiting in the queues.

Apart from two roller coasters and a tea cup ride which was actually car tyres, the rides were mainly simulators in both 3D and 4D, there were go carts available allowing 8 competitors at a time to race, but these along with the F1 simulator ride had to be booked in advance and you're given a time slot to return to. At first we felt this would hinder our enjoyment of the park by clock watching, but there is very little distance between rides.

We were advised to go straight to the F1 simulators to book a time slot, we only had to wait 15 minutes for the next one and after securing the harness and a quick guide to driving.....brake left, accelerator right, we were off. We were raising against the other 7 drivers and the simulator threw you around a little when someone hit you or you crashed into the tyre wall, which seemed to be a common place for me to visit.

We then visited Cinema Maranello to watch a short film to experience the glamour of motor sports in the 1920's in Italy.

While hubby and the teen queued for their time slot on the go carts, I explored a little to see what else we could do while we were there. 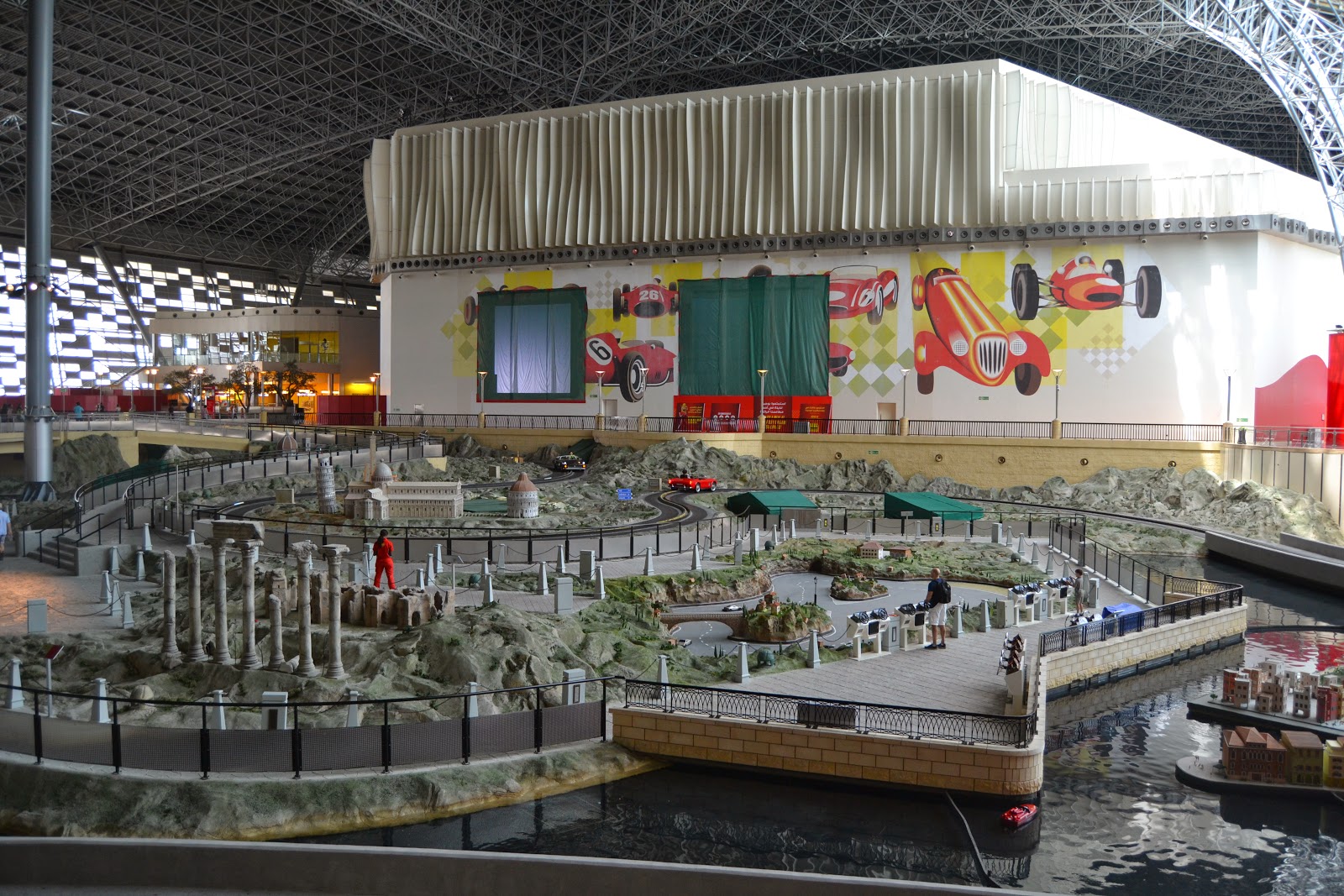 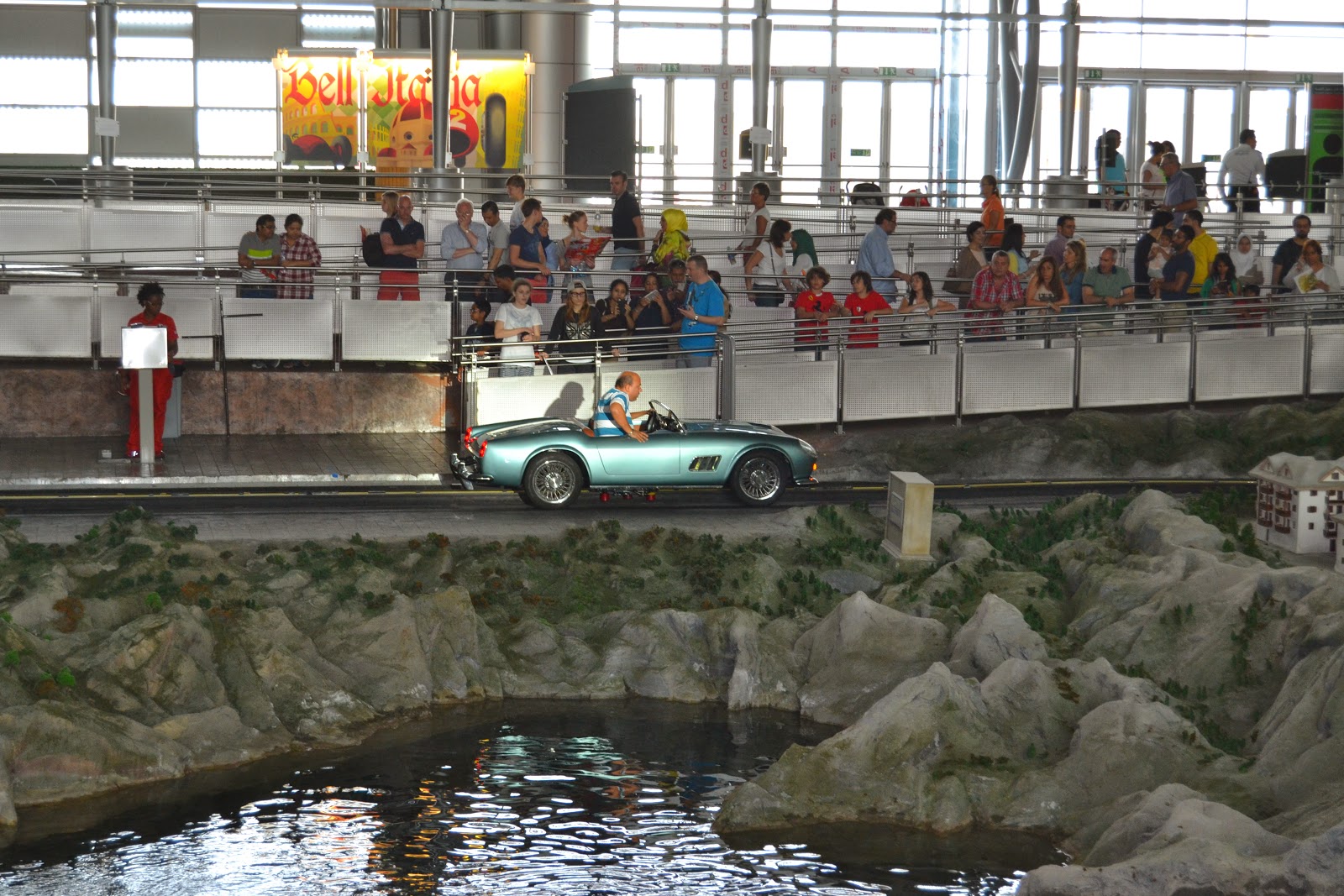 After walking though Italy, I stopped for salad, cake and a soft drink priced at AED 45. 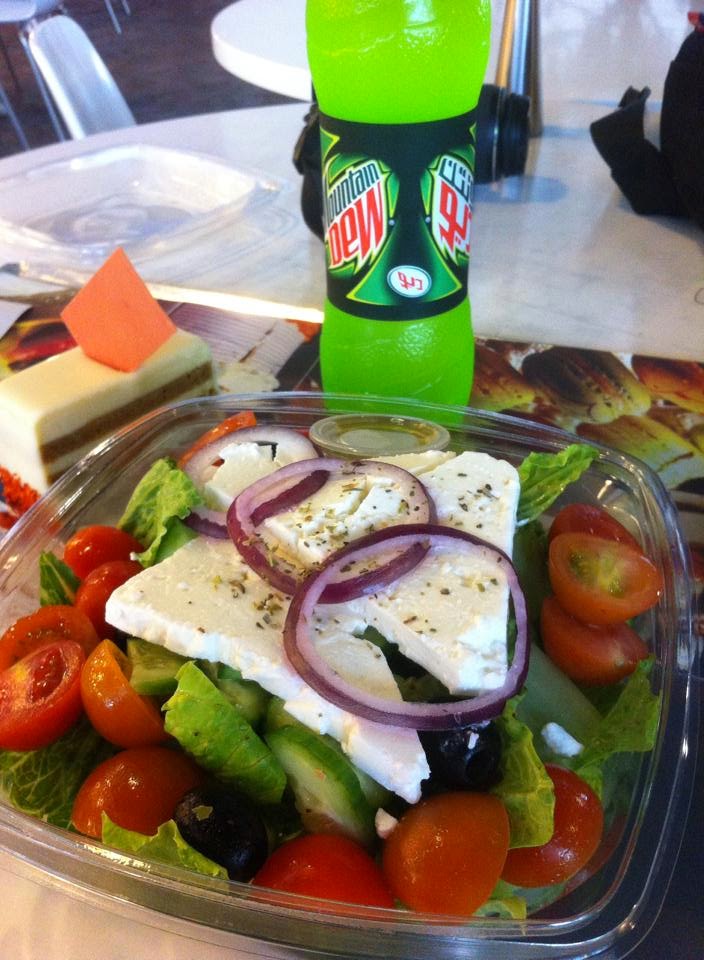 Hubby and teen were queuing for a time slot and by the time I found them they were in the queue for Formula Rossa. The ride had been halted for 15 minutes with rumours of an animal on the track. It was decided that lunch and a short break would follow and hubby and the teen weren't disappointed with the selection of foods available, I of course was social able and managed another slice of cake.

It was then time for the go carts, both hubby and the teen had a short briefing session along with the other track users, helmets were issued and off they went. Whilst waiting for their turn, I sat in the stands watching 3 young girls who had no idea what they were doing causing all sorts of frustrations for the other drivers on the circuit who wanted to race while they sat there going round in circles blocking the track.

Hubby and son were competitive and I'm really pleased with these photos as the rest were a complete blur as they whizzed past. 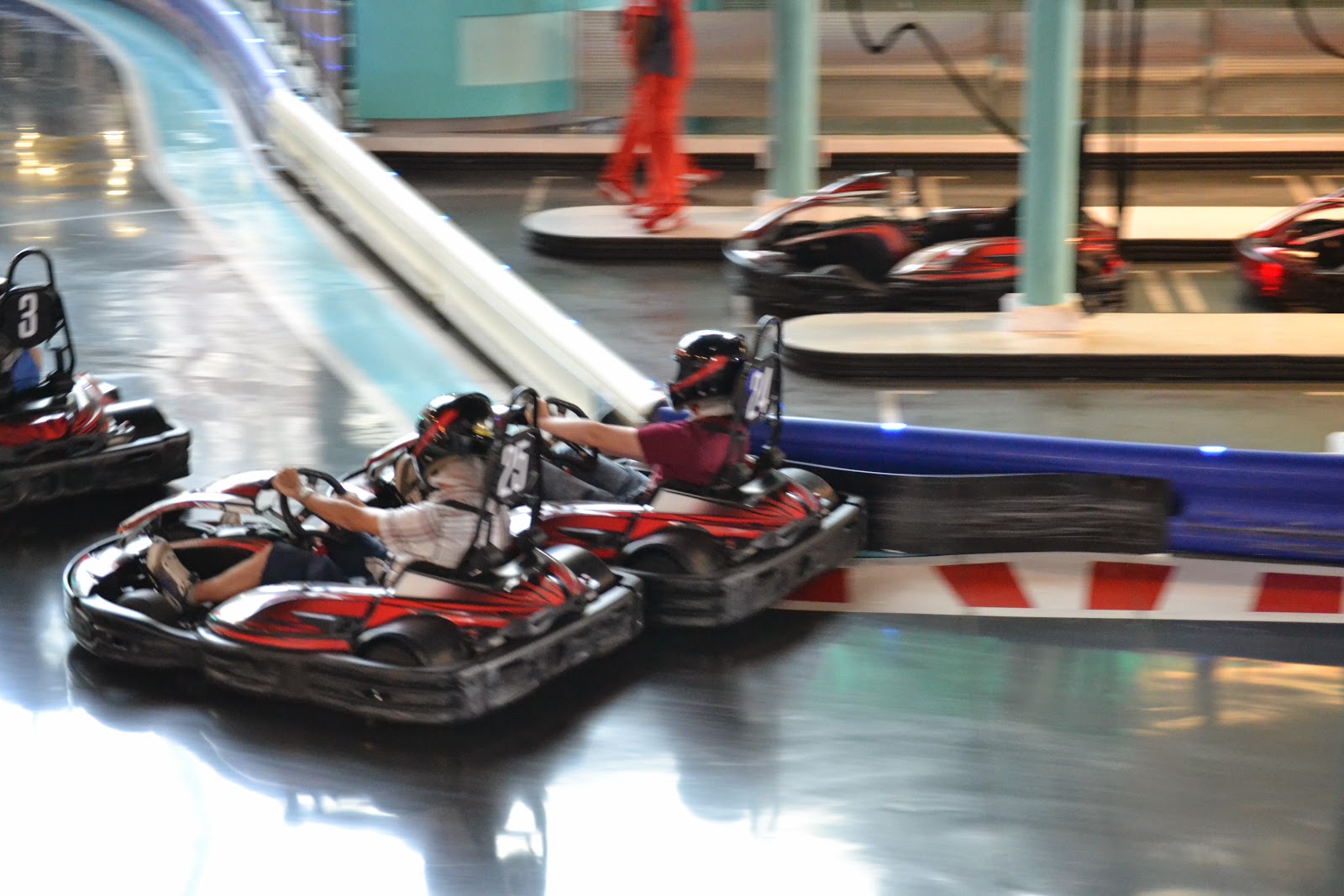 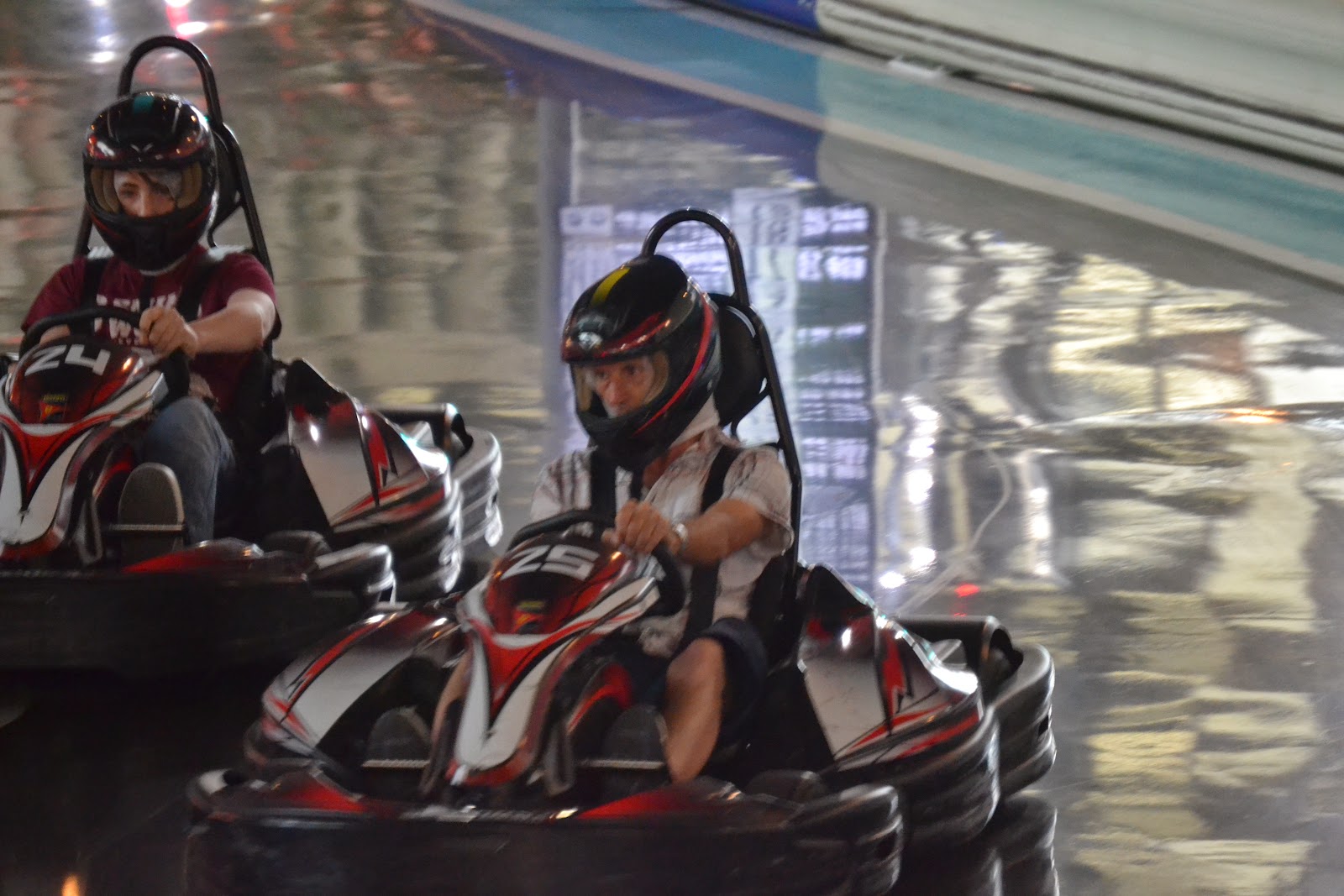 We went on a virtual tour of the Ferrari factory, followed by 3 simulators. The first being Speed of Magic, wearing 3D glasses and strapped into a car that seats 8 moving on a rail track. Next we visited Driving with the champion where seated in twos we experienced the twists and turns of F1 driving and finally to Viaggio in Italia where everyone rushed to the front seats, loose fitting shoes were removed and pockets emptied. The teen and I were on the back row and we were raised around 40ft in the air while the ride simulated an airplane trip through the mountains of Italy.

We finished off our visit to see REDS a show about cars and garage mechanics and some kind of dispute with lots of dance and acrobatics thrown in, we didn't understand the story, but it was a fun packed 20 minute show.

Before driving home we visited the food court at Yas Mall for a wide selection of foods with hubby opting for Sushi and the teen and I settling for burger, chips and coke.

It's not somewhere I would like to visit again for the cost and any future visitors who want to go there will have to make their own way there, I'm afraid.
Posted by chickenruby at 08:13:00