This was my 3rd Whale watching experience in South Africa and all 3 in 1 year. My 1st trip was to Hermanus in August this year with my youngest son, where we watched the Whales from the shore line out in the bay.
The 2nd trip was with Advantage Tours based in St Lucia, again in August and with youngest son and hubby.
The 3rd trip was again with Advantage with my eldest son and his girlfriend in September.

This trip was by far the best. We left Richard's Bay at 5.30am, expecting to only be out for 2 hours, but they requested we join them for the trip to St Lucia, where they had arranged a lift back for us and we would be out at sea for nearly 4 hours. 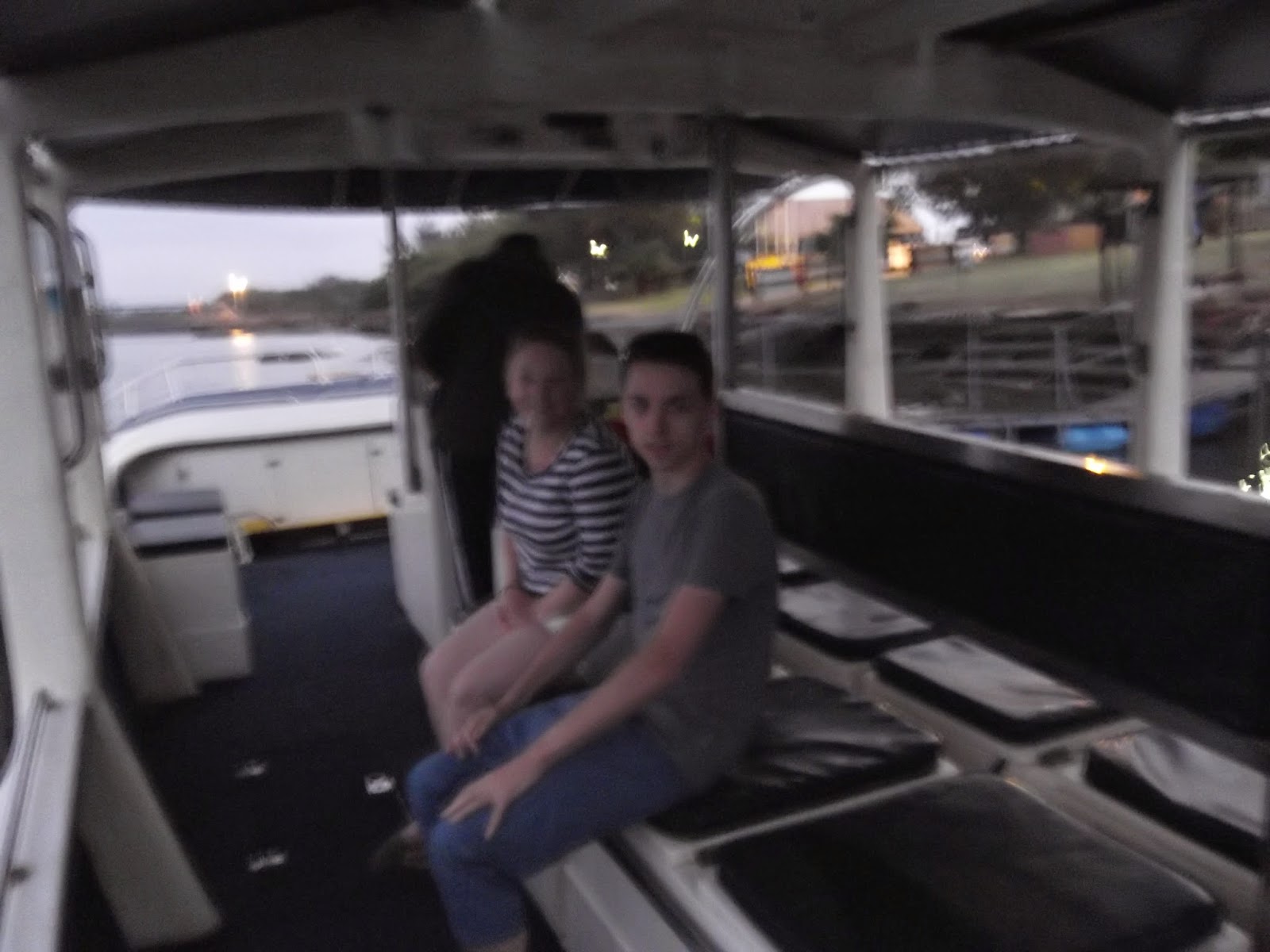 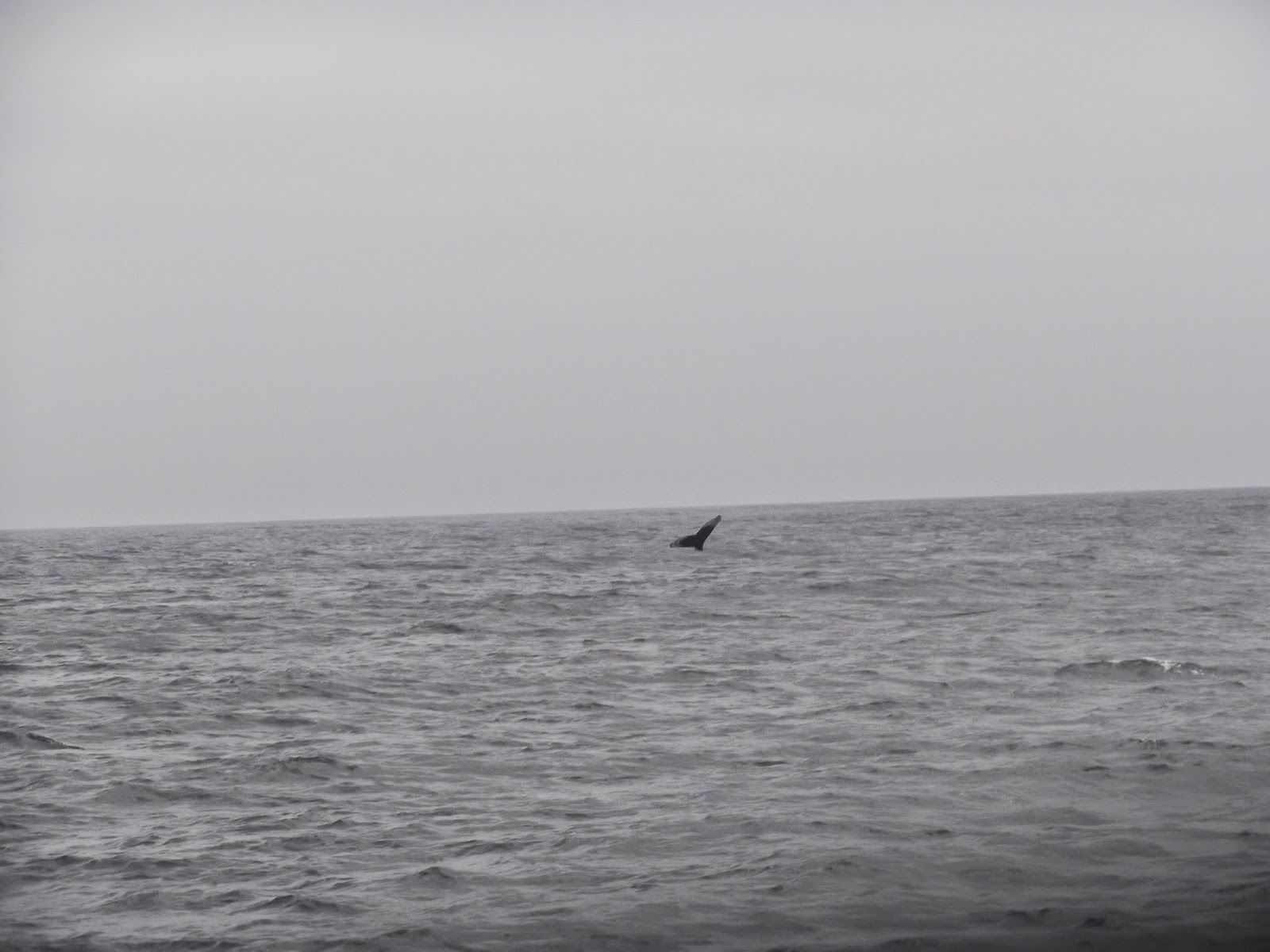 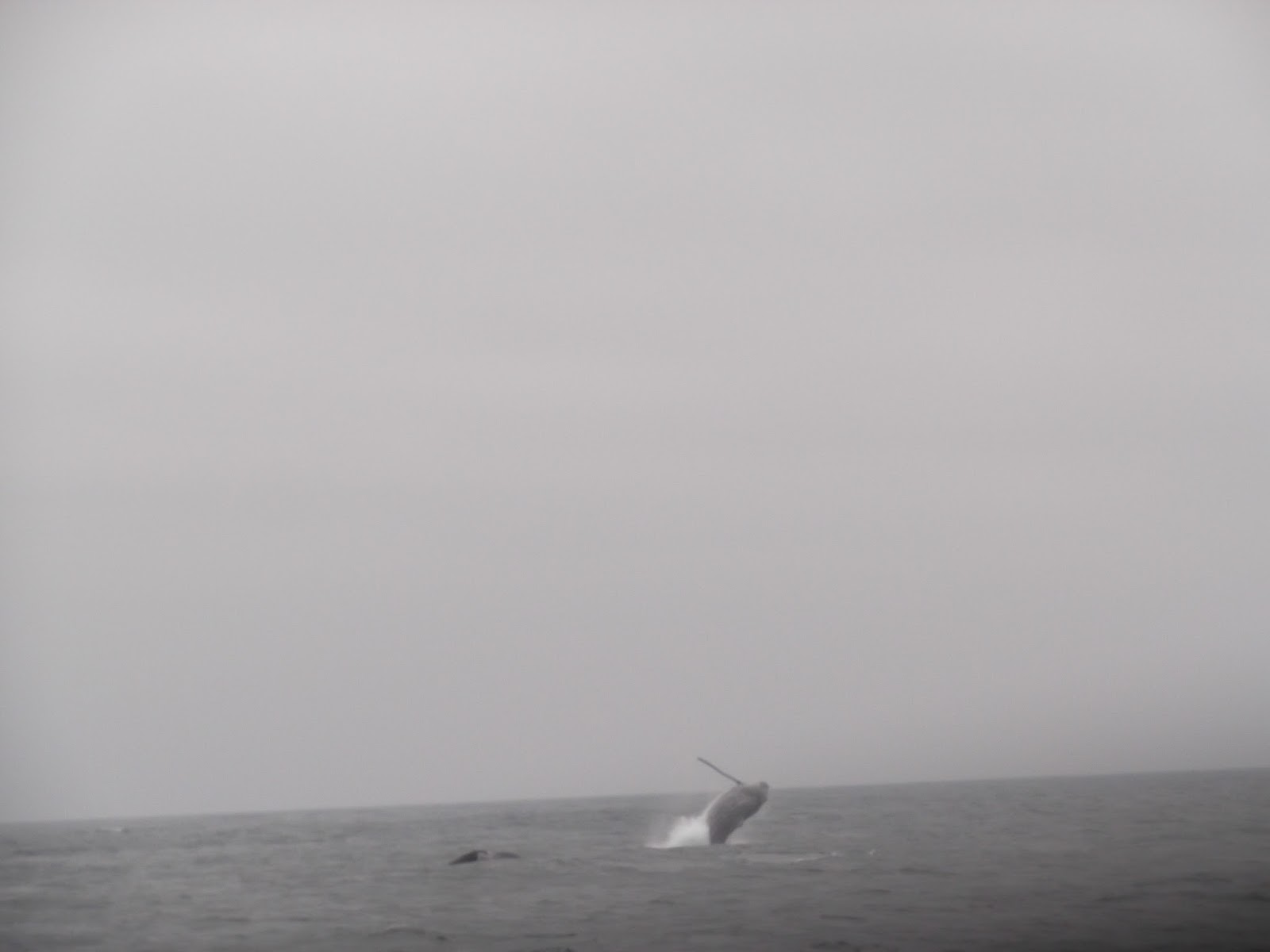 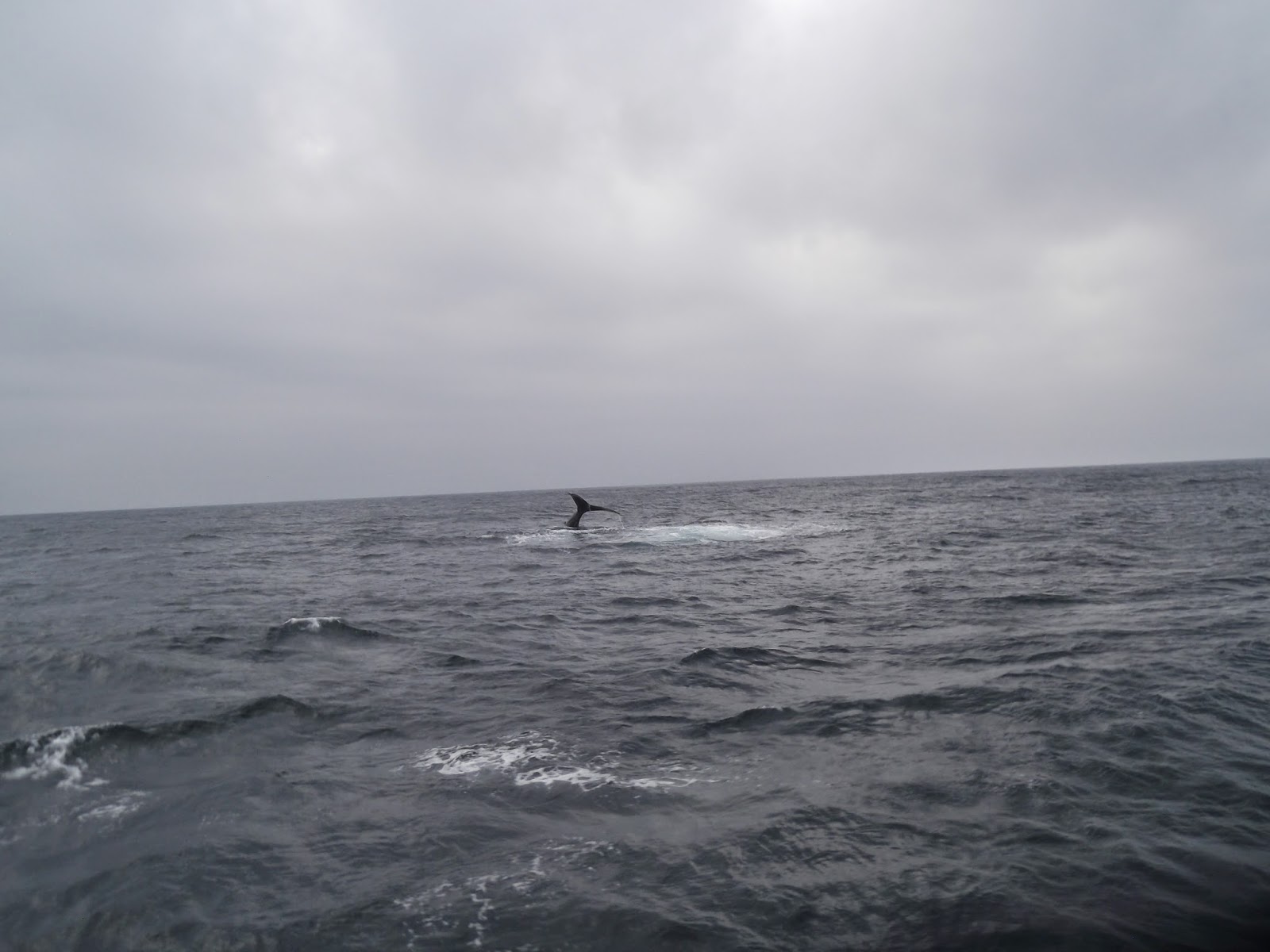 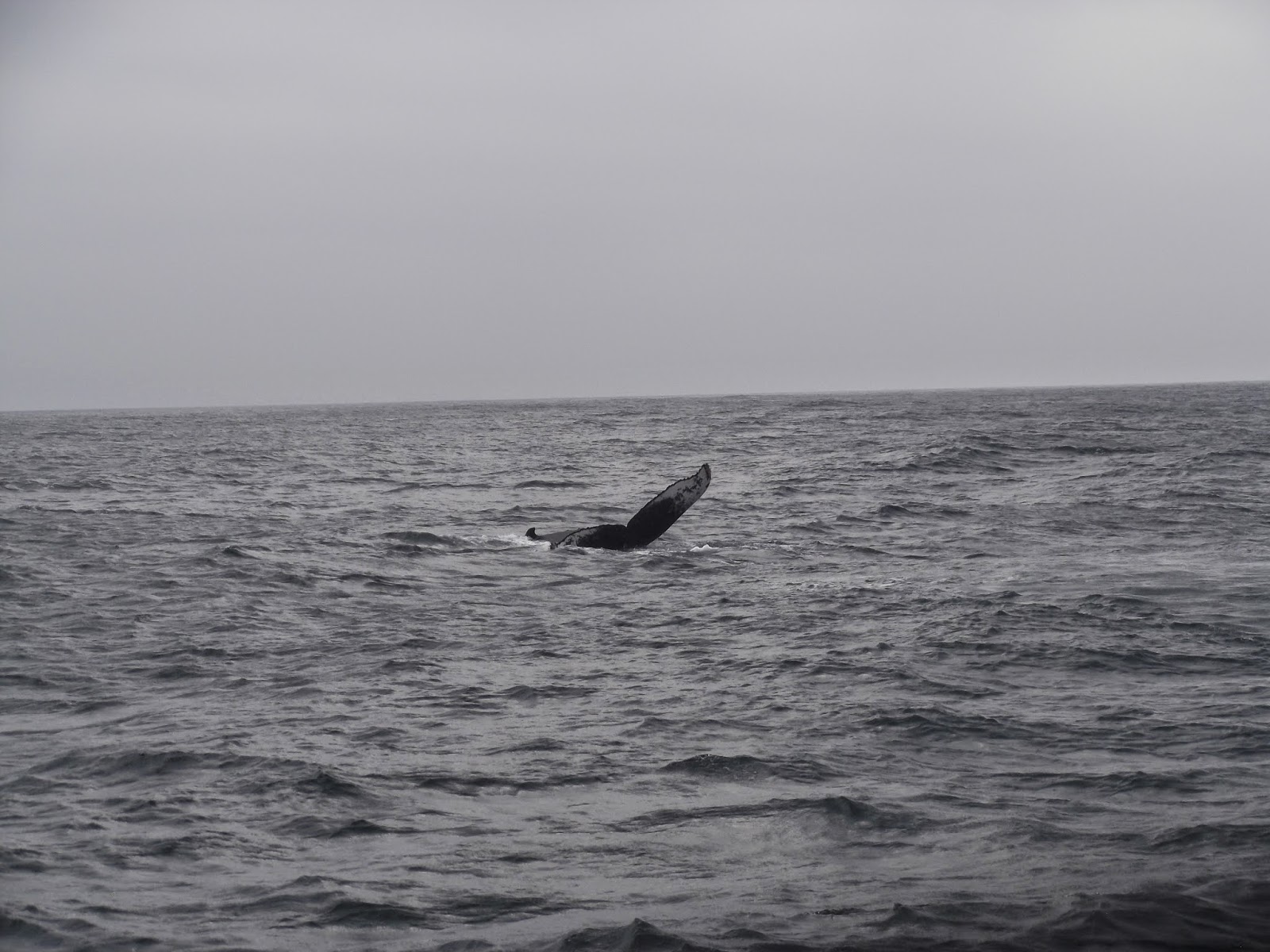 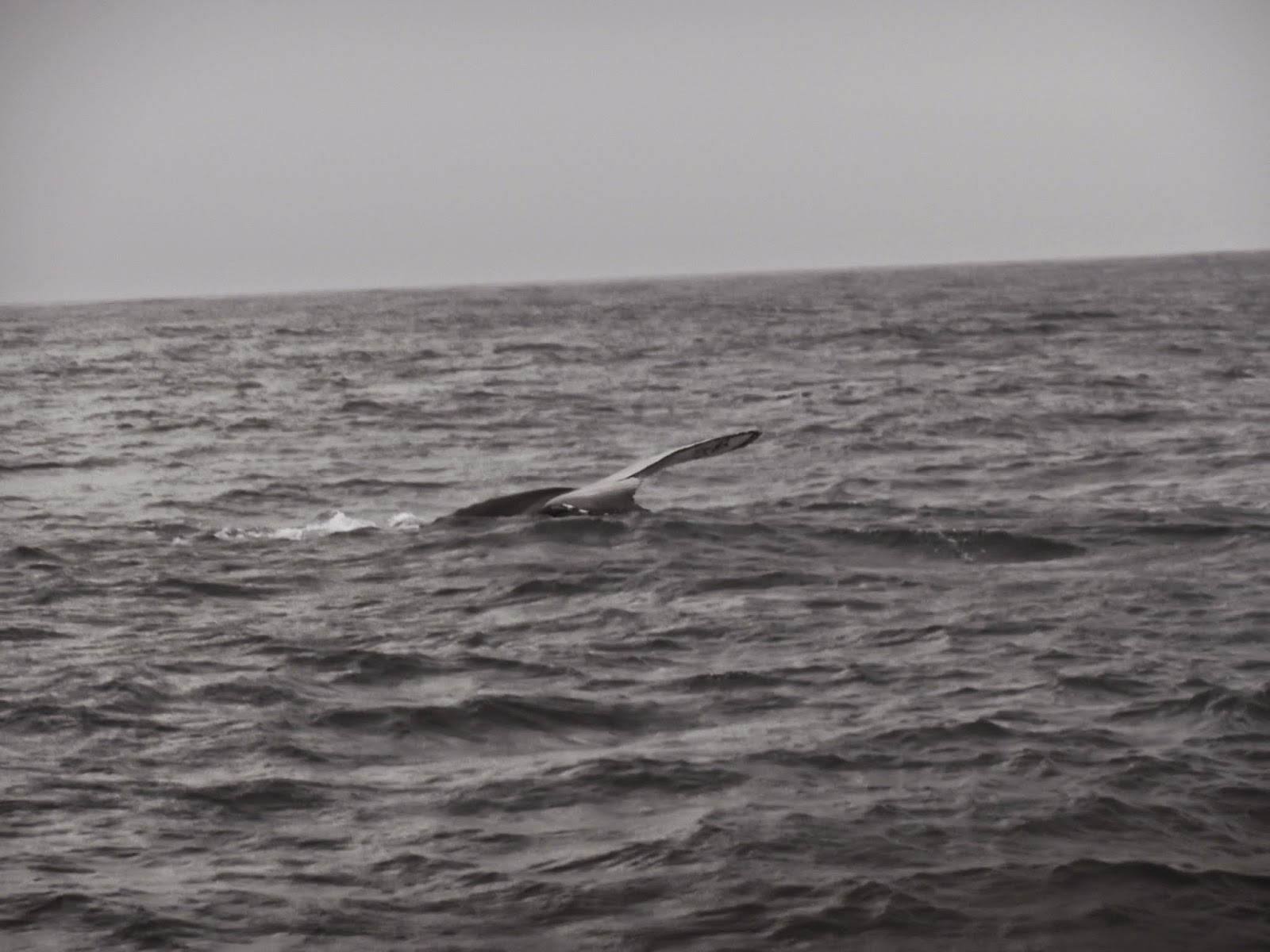 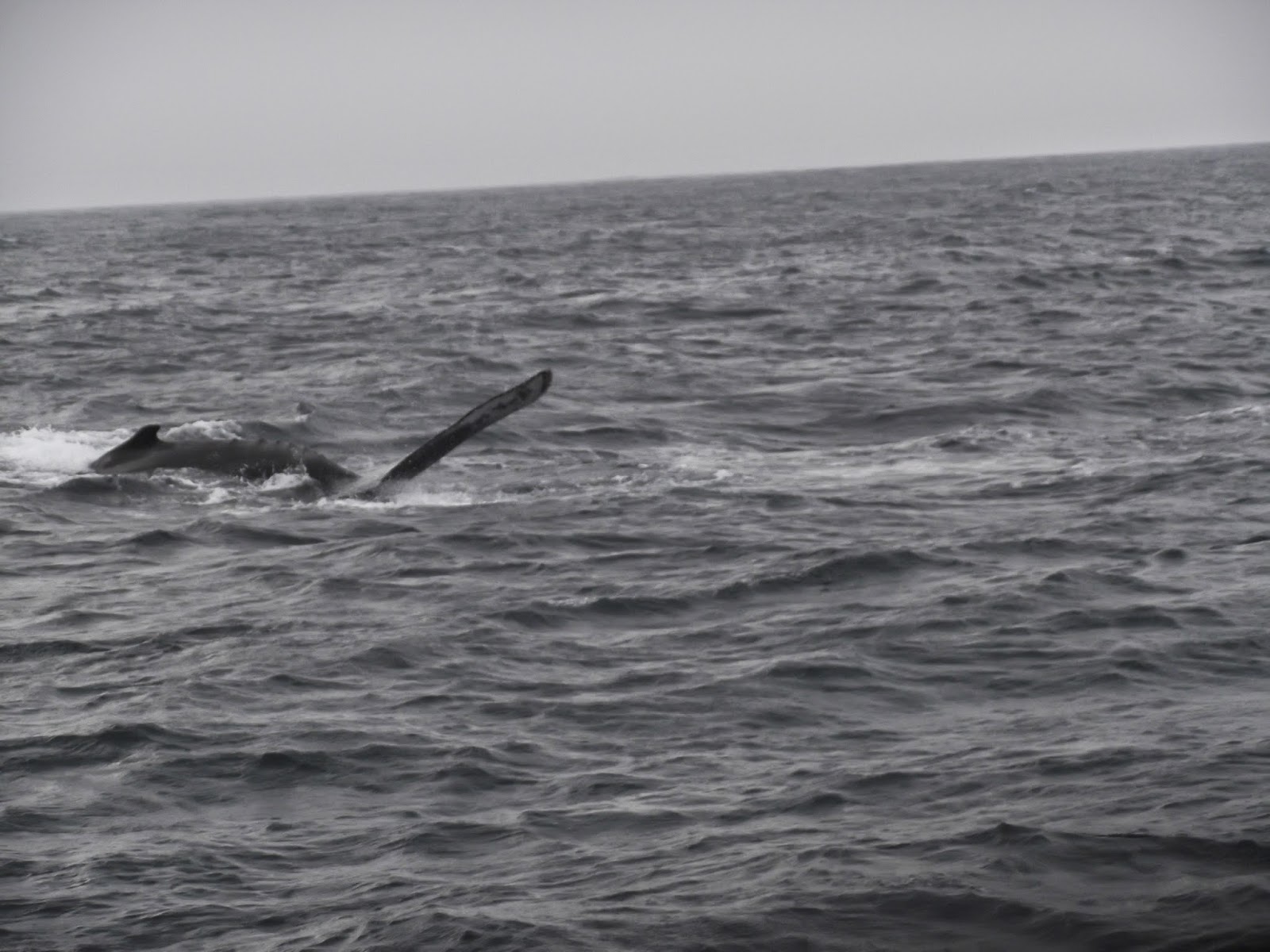 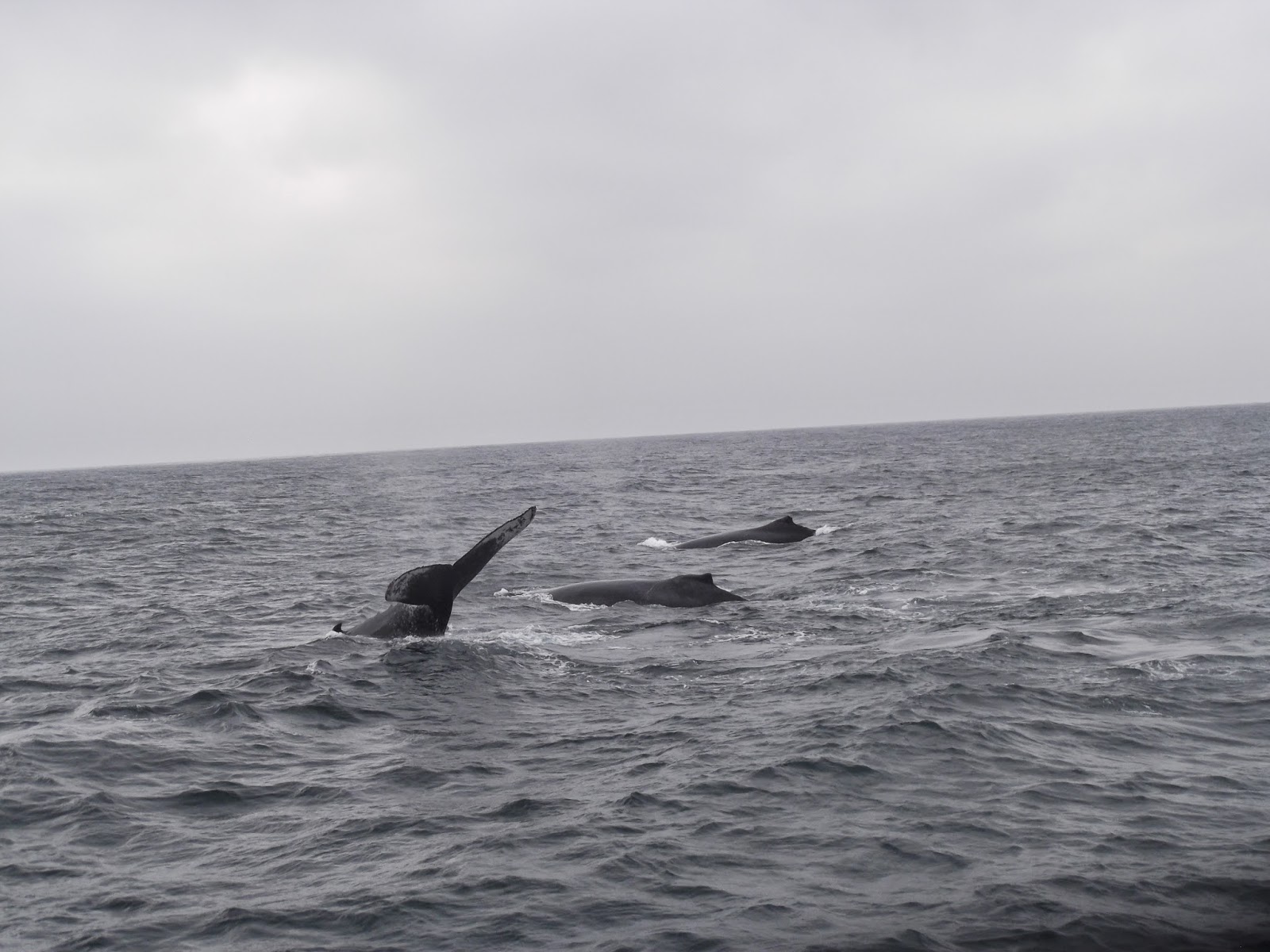 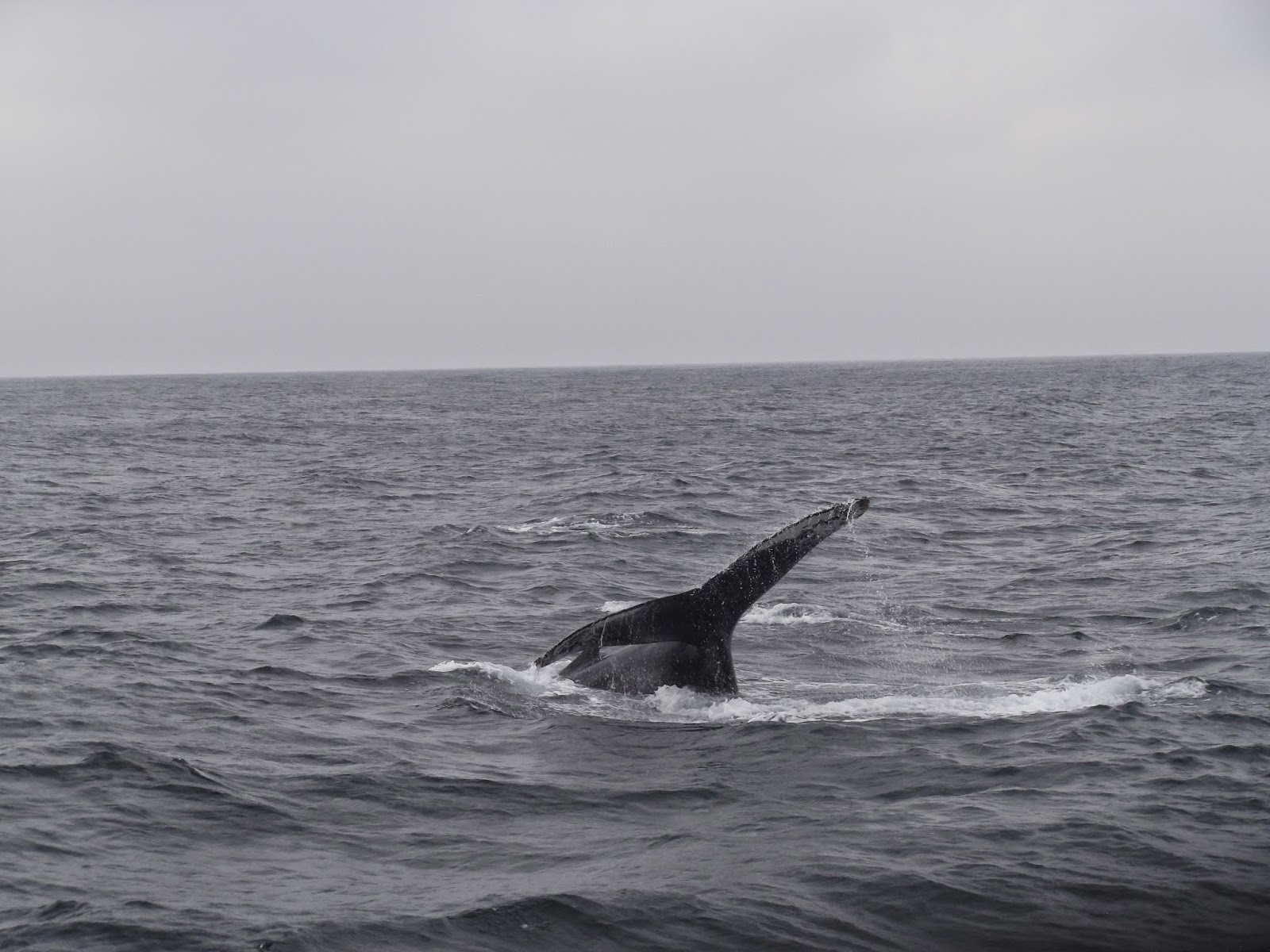 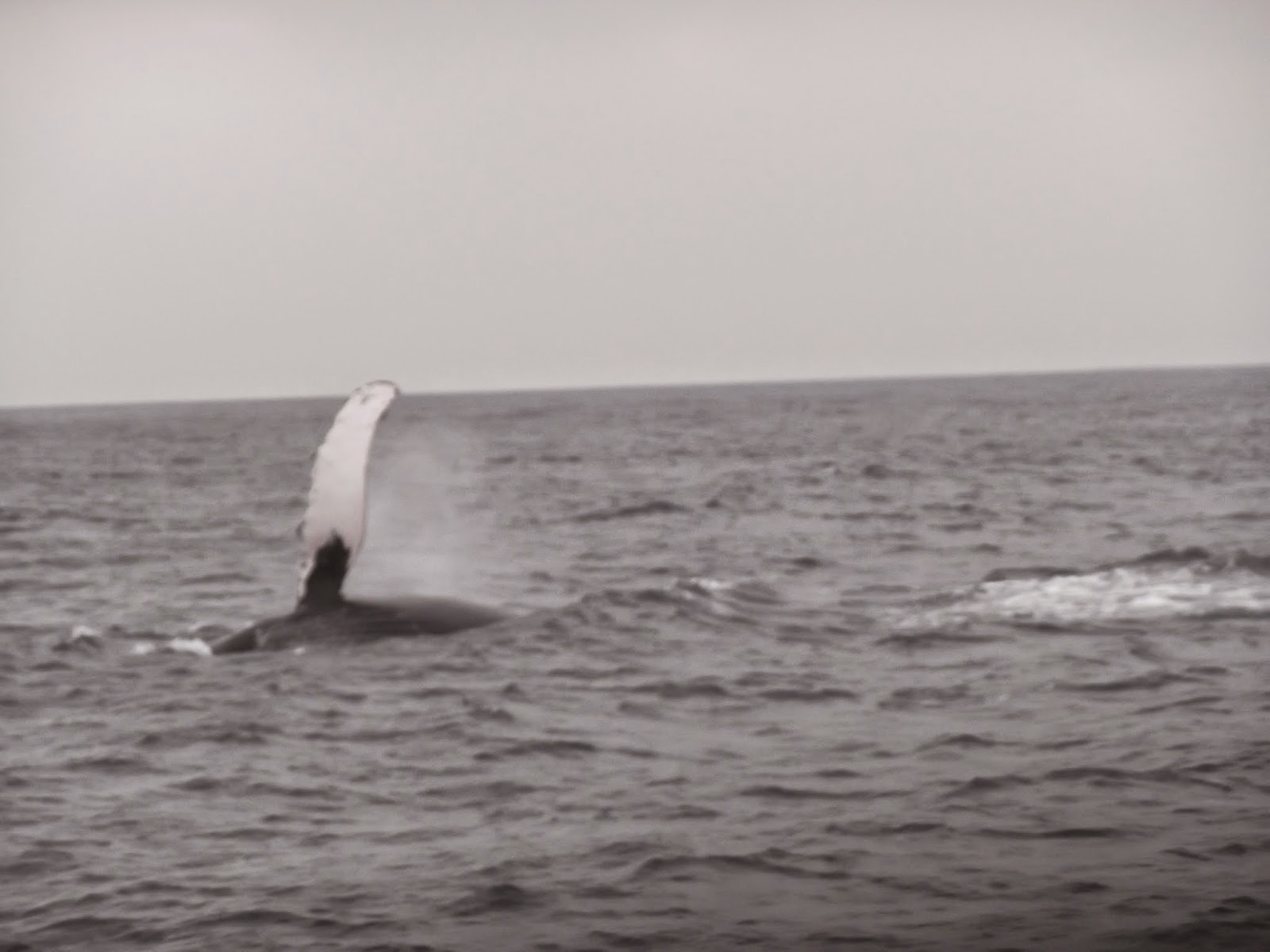 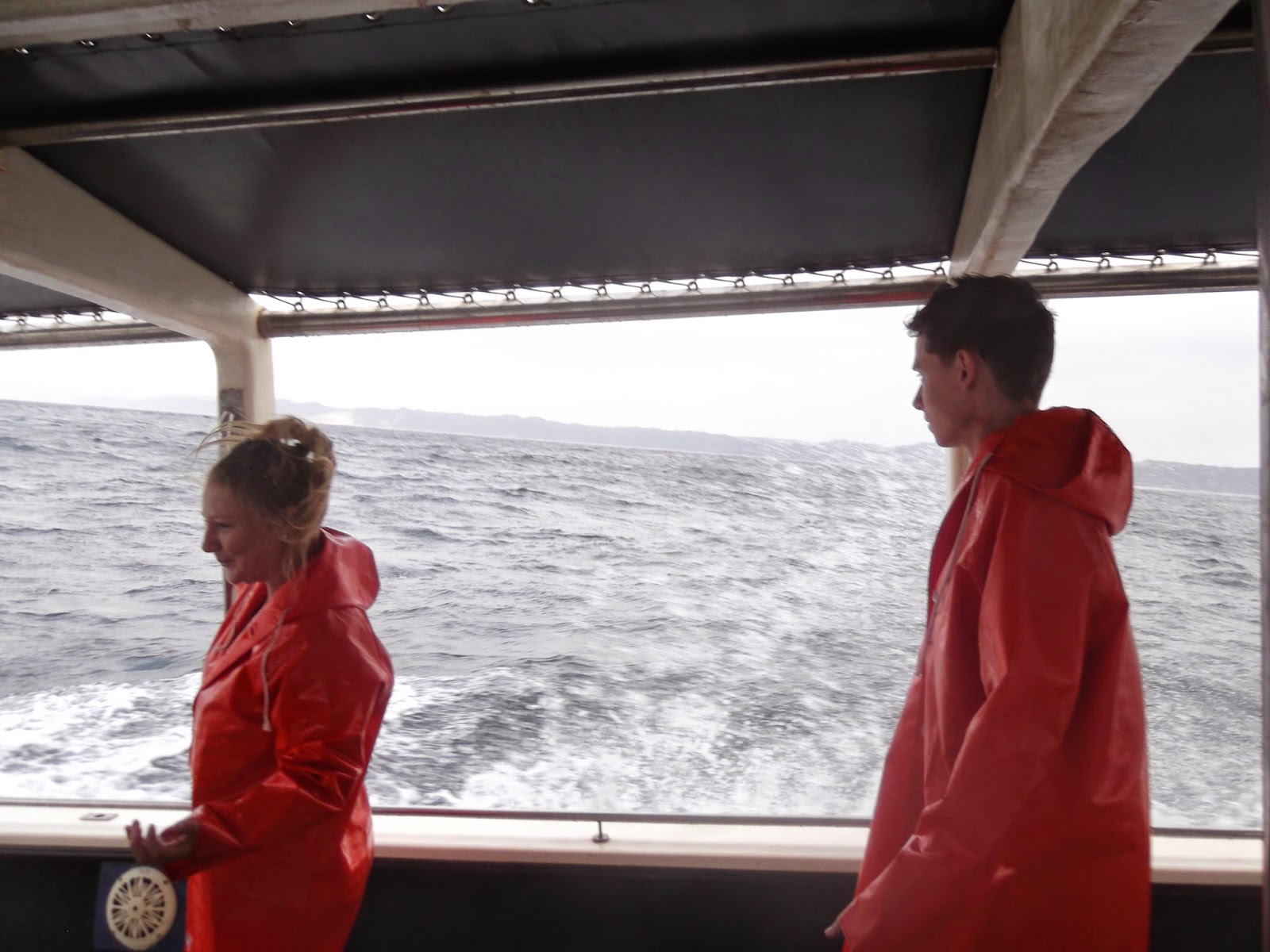 We were also accompanied for around 30 minutes by a pod of dolphins and we were encouraged to clamber up on the front of the boat to watch them more closely.

After a beach landing, the owner treated us to a hippo and crocodile boat cruise in the estuary with drinks and snacks, before driving us back to Richard's Bay. 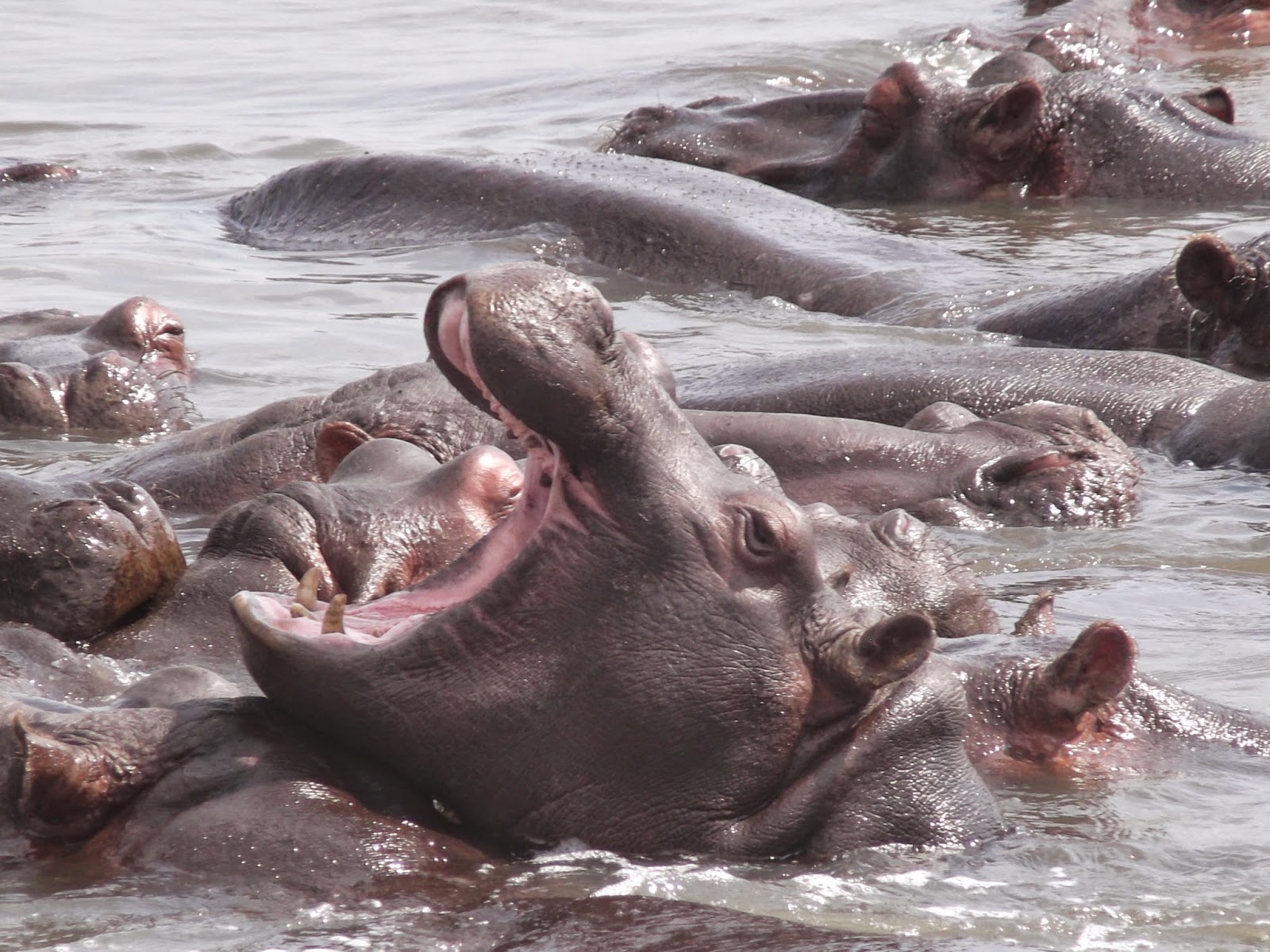 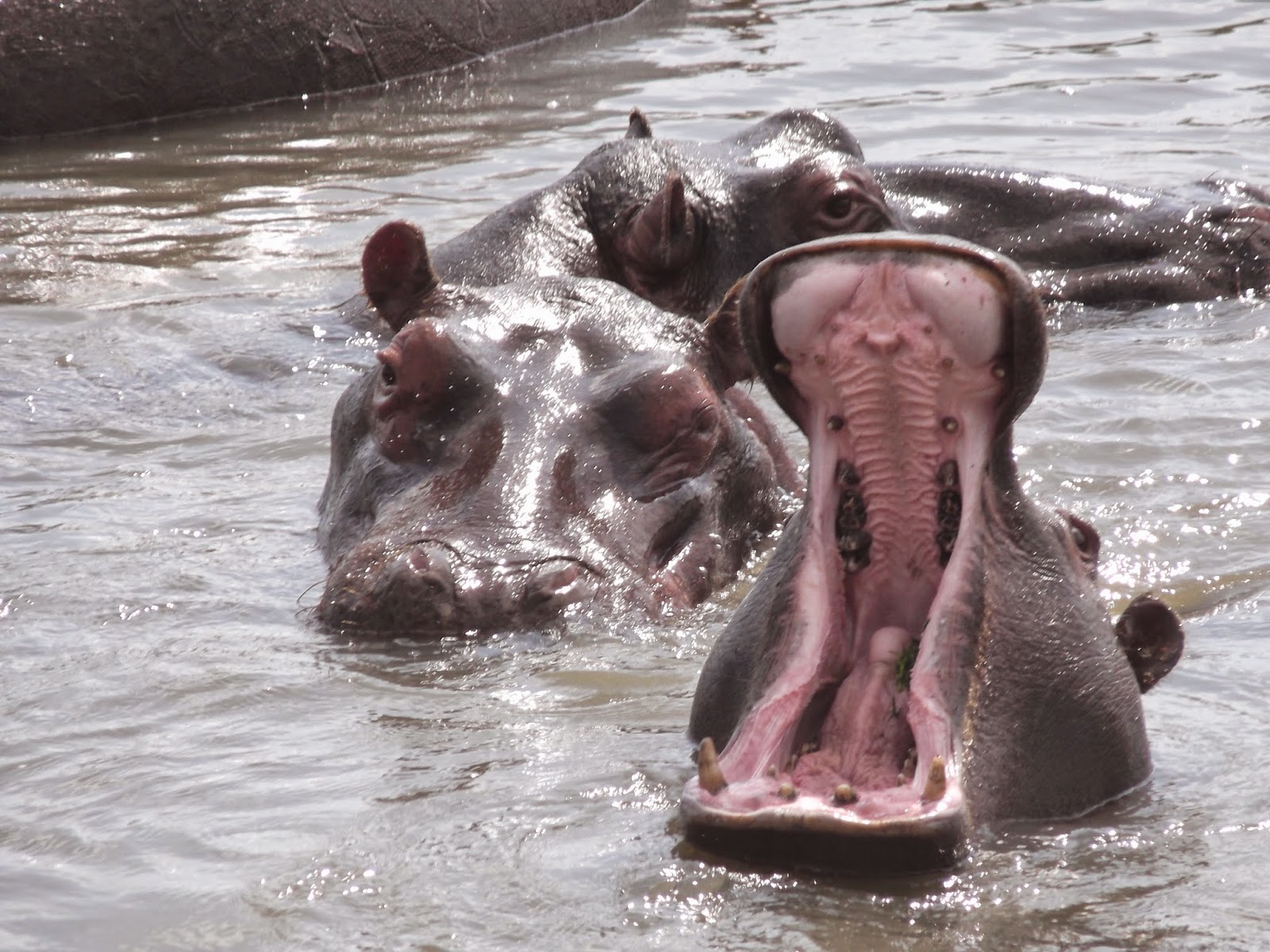 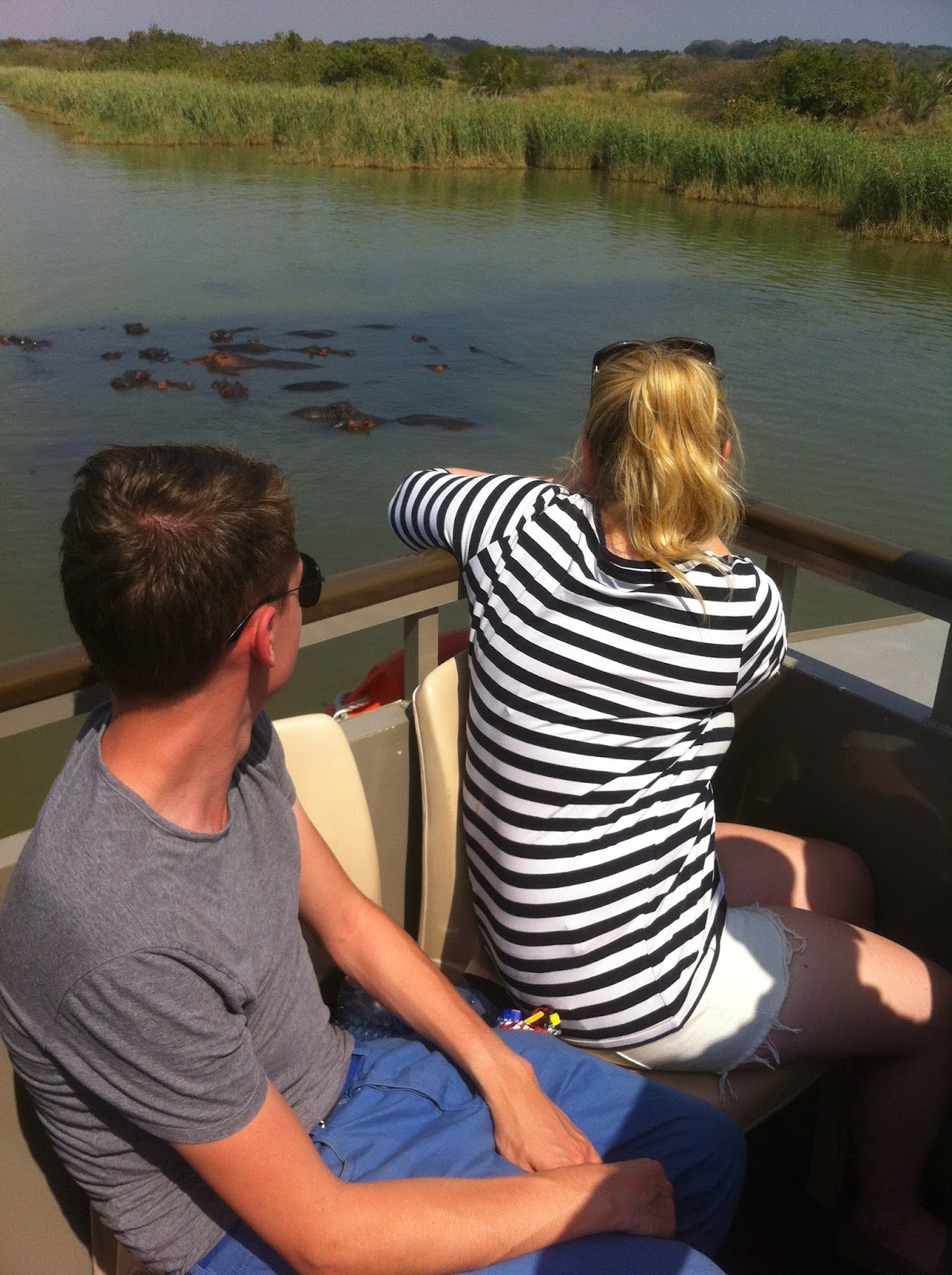 This post was originally published in September 2014.
Posted by chickenruby at 09:23:00