5 minutes in the garden in Dubai with #HDYGG

It's 5pm and summer in Dubai, there's nothing I can do about it, other than move my life indoors now till the end of October, adjust to the coughs and colds from the air con and watch the garden fade back to beige until winter time. 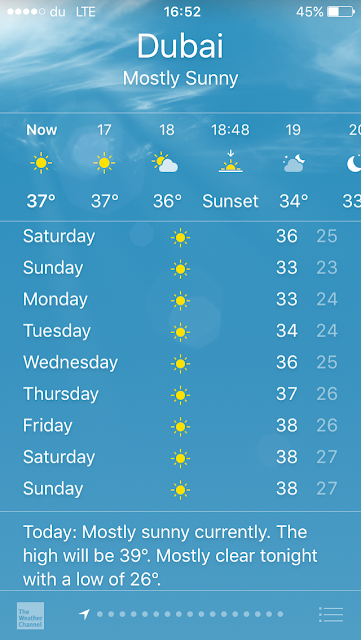 The water in the taps both in and out is running brown, we shower and wash in the water, but we drink and cook from the water dispenser. 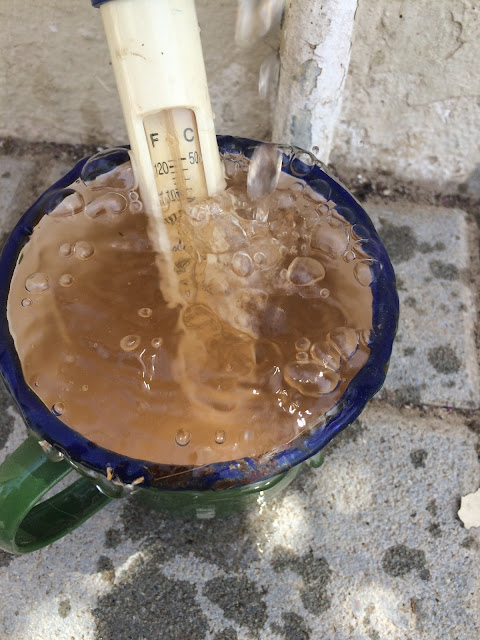 The water is also now 32c from the cold tap and we've now switched our hot and cold taps round, as in, water in the hot tank is insulated and cools down during the day, the cold water tank is on the roof and in direct sunlight and it heats up enough to do the washing up in. 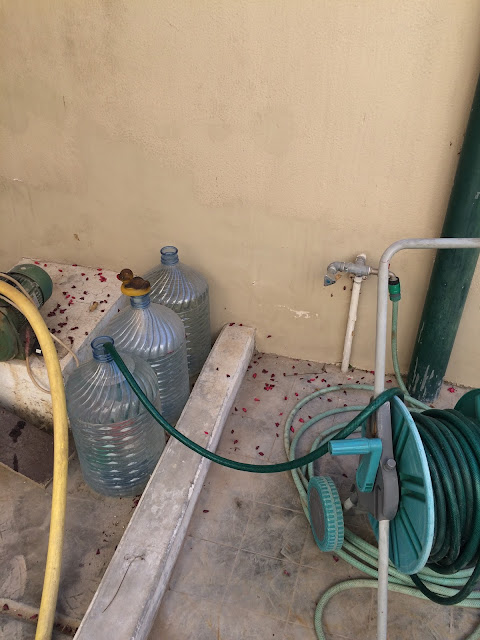 The cold tap is currently running at 32c, we store water in containers in the shade for washing the dog and watering the garden as it cools down over night. 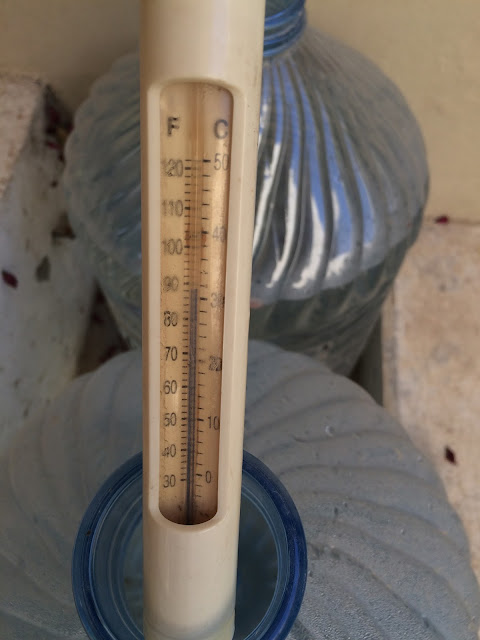 There's quite a bit of shade in the garden in the mornings and evenings, this plant is on wheels so I can move it around. 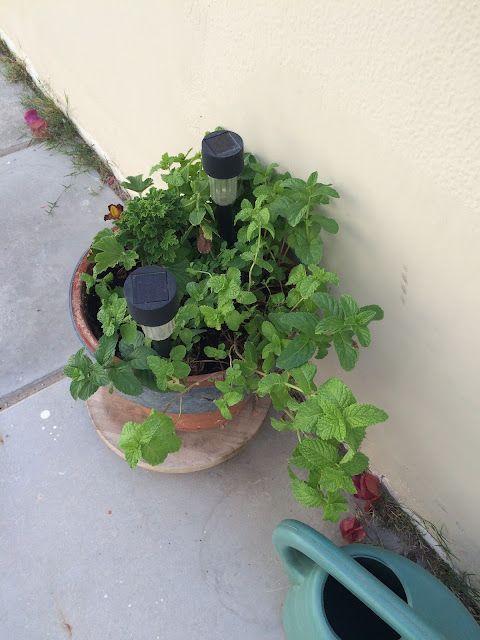 I treated and fed the grass, the other week, it's looking good and we'll continue to water it daily, it will start to fade, but it always comes back. 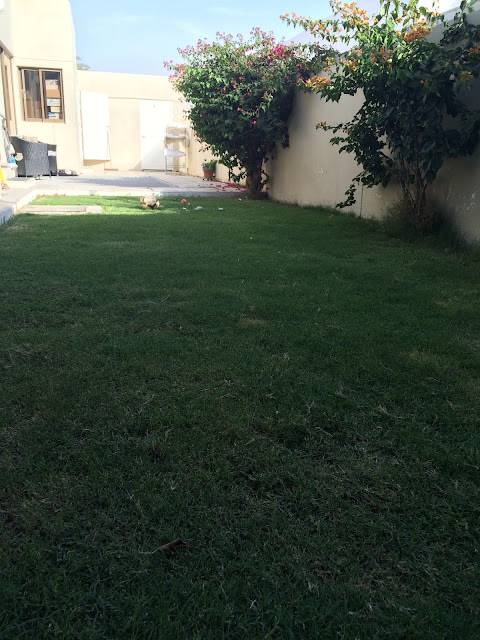 I really must get round to getting rid of this furniture, although it still looks ok, a year of being out in the sun it has rotted. 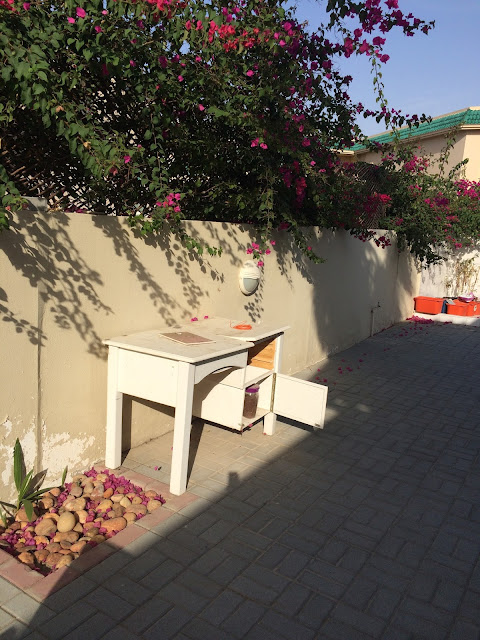 There's some interesting shoots poking through the ground, I've no idea what it is, but it obviously likes the hot weather. 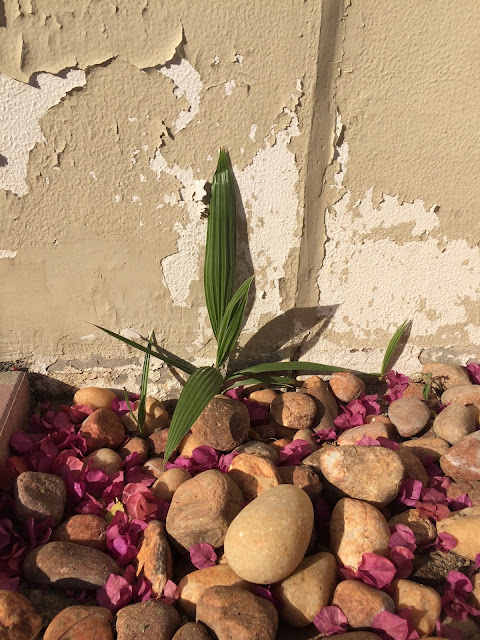 The chilli's are still producing 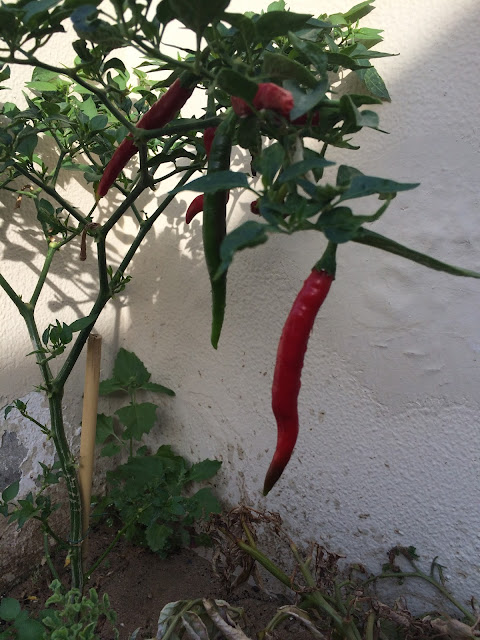 as are the tomatoes. 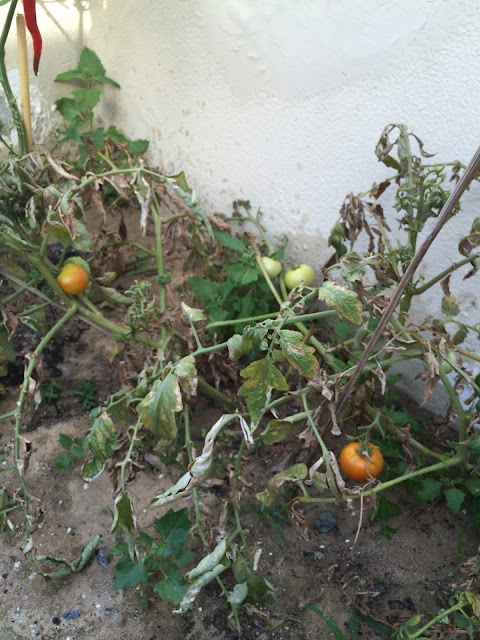 I'm trying to nurture some cuttings to provide ground cover, but I think I'll have to pay a trip to the garden centre, to see what's on sale for this time of the year and weather. 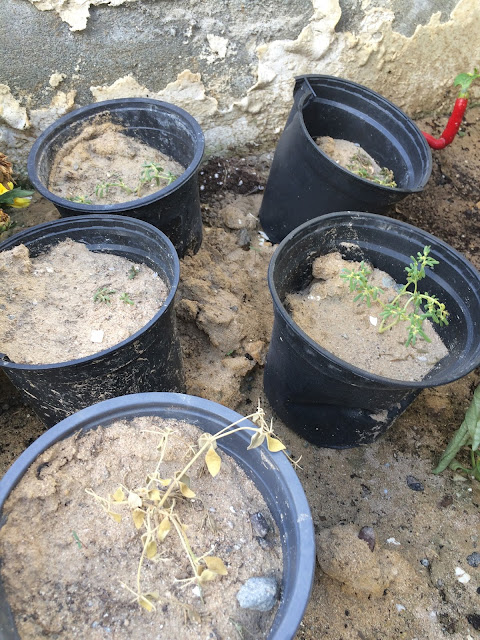 I'm so pleased with the nasturtiums, according to the experts they just don't grow out here and certainly won't flower. I'm obviously doing something right. 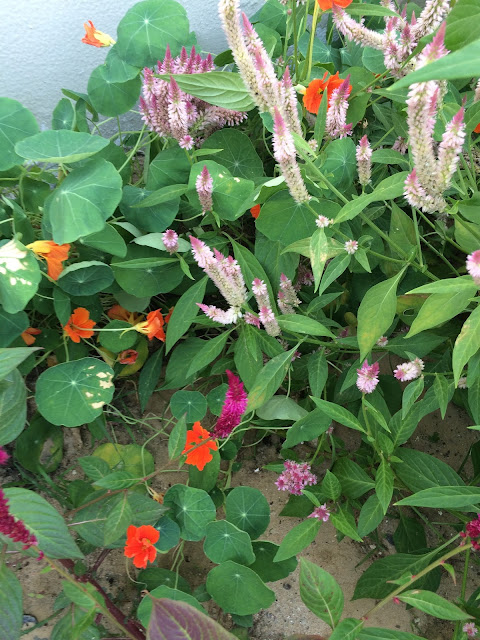 There are quite a few empty pots around the house from failed seed planting attempts, so a visit to the garden centre for some succulents is a priority. 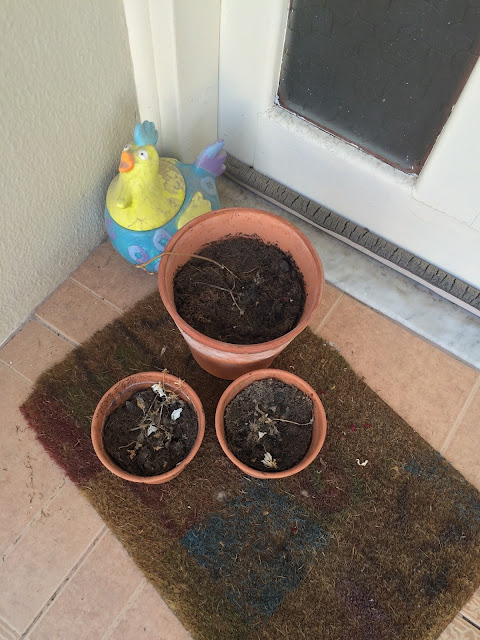 This is the area I'm trying to nurture the ground cover cuttings for. I'm also considering turning it into a vegetable patch with a couple of fruit trees. 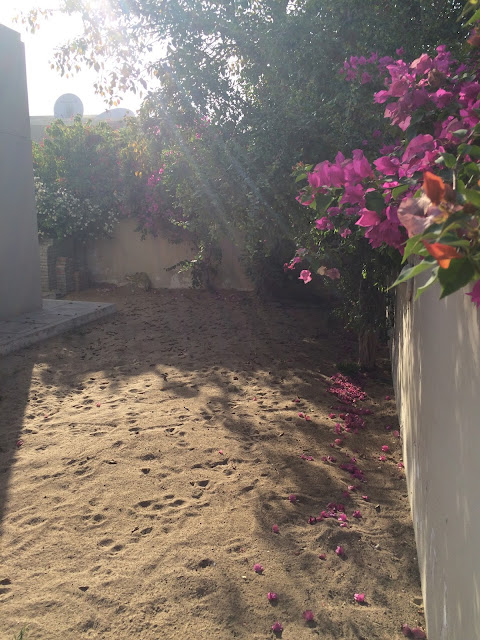 That's it for this week, I'll leave you with a few shots of my travels out and about over the previous week. 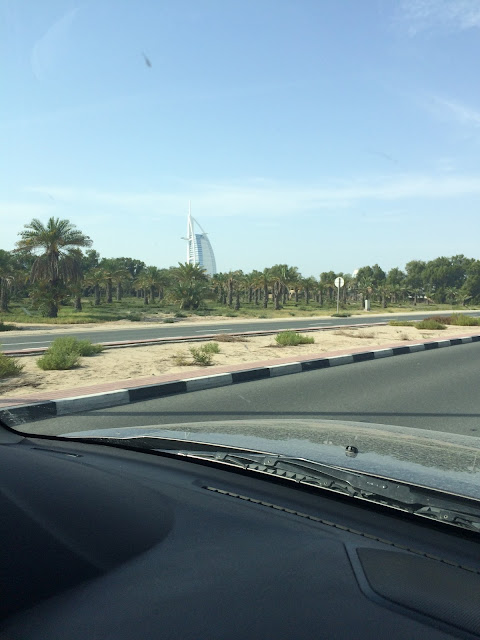 A walk round the neighbourhood. 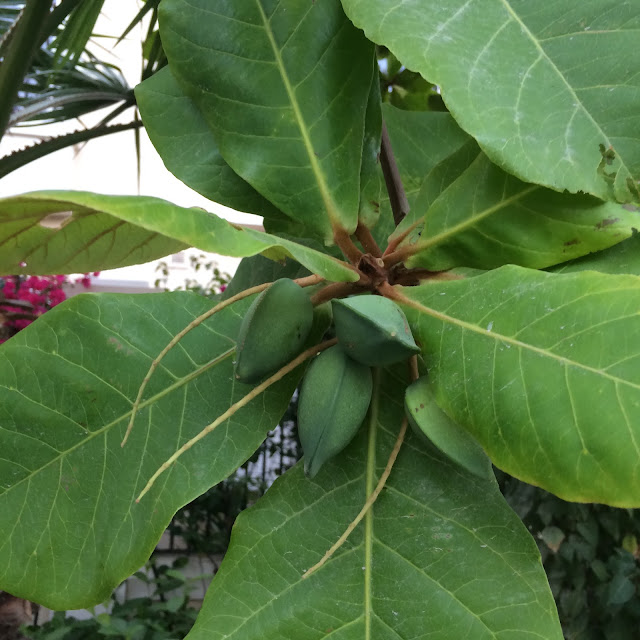 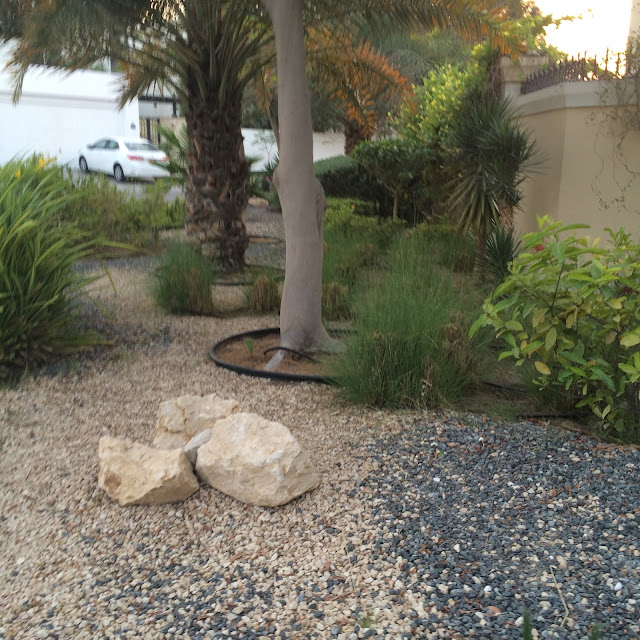 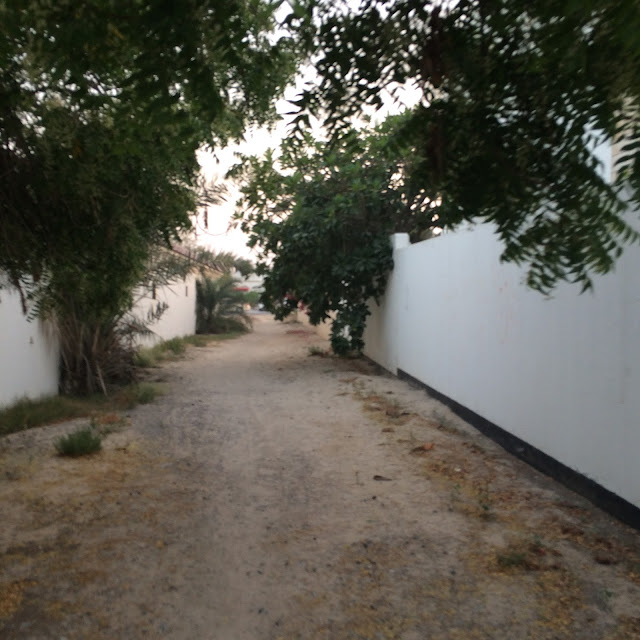 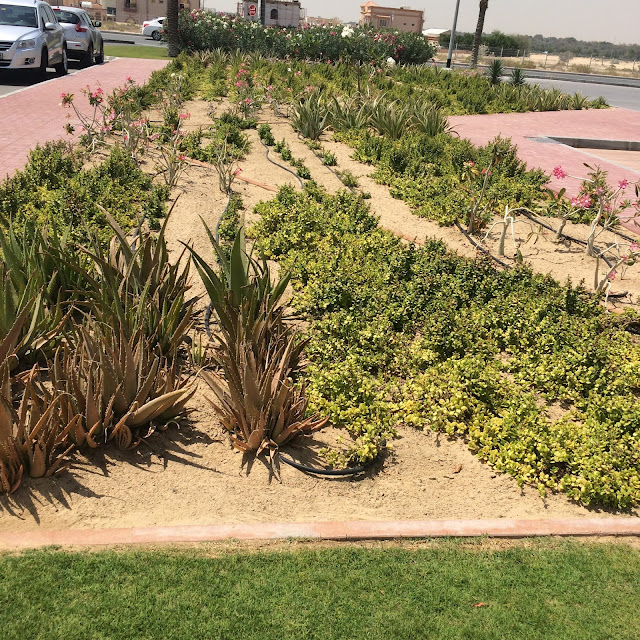 Out in the desert. 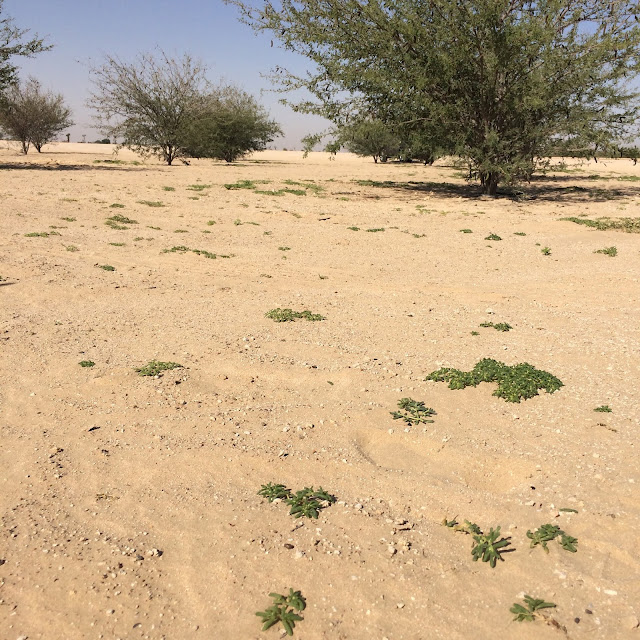