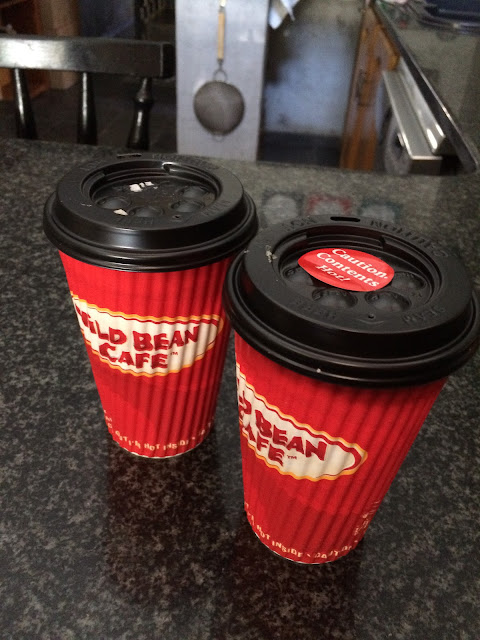 Last year I visited South Africa for 6 weeks to work with a children's charity, The Santa Shoebox Project, who source and deliver over 100,000 christmas gifts every year to children living in poverty, that I'd been involved with for 4 years while I lived there. I paid my own air fare, borrowed a car from friends and had access to a transit van kindly donated by Ford SA which included fuel costs. I fund raised in advance and while I was there. The only other expense I had was my food and drink.

Most mornings I picked up 2 coffees on my way to collect the transit, one for me and one for my friend. I paid 44 rand.

I love a latte when I'm out, I stop at the local garage on my way to work every morning and buy one every afternoon on my way home. It costs me 28 Dirhams.

What else could you do with that money? Well if I stop drinking 2 latte's a day, within 6 months I would have enough money for a flight from Dubai to South Africa so I could support some of the many facilities I've been involved with over the years.

The cost of 2 lattes in South Africa purchases a months worth of electricity which enables a student to study after school for their matric.

6 lattes will purchase a pack of reusable sanitary pads from Dignity Dreams to enable young girls to continue their education by remaining in school.

8 lattes will purchase a christmas gift for a child living in poverty or provide a child with a birthday gift with The Viva Foundation.

With the current exchange rate, your money would go even further. In fact twice as far.

I'd like to invite you to join me and think twice about that latte you're going to buy and decide to donate the money instead to support good causes in South Africa.

If you would like to donate you can do so here via paypal or using the Donate button on my blog.