What is a friend?

Friends are extremely important to me, even more so since we embarked on our expat journey in 2011, in the absence of family, friends have filled the void.

Everyone has different definitions of what makes a friend and categorises some as best, close or acquaintances. A friend is loyal, honest and someone you can trust, it is a mutual but not exclusive relationship.

Friends can also be toxic which I've learnt at great detriment to myself. I've had 3 particular friendships throughout my life lasting each for almost 15 years, face to face friends, friends who have looked after one another's children, both turned to each other when times have got hard and celebrated the good stuff, but I noticed changes. Where they'd become too honest about me and my family, but not been able to accept any defence from me. As a true friend, I've given them the benefit of the doubt, hung on to the possibility of the friendship recovering, then each time they've quite literally cut me out of their lives. On the last occasion an actual letter was written telling me I was no longer welcome at their house after listening to years of having my children put down. I dared to criticise one of their adult children in their 'own home' and that was it, our friendship became 'unbearable' I realised after I read the letter how controlling the friendship had been, only interested in what was going wrong in my life, it was negative and I felt free.

I've made friends easily throughout my life, I'm outgoing, talkative and social. Some people find that over powering and are wary of me, but those who take the time out to get to know me, make life long friends.

I don't have a best friend, different friends fill different roles and those roles change as we change, as our children leave home, we move around and have reduced contact.

I had groups of different friends during my school years. I'm still in touch occasionally with one friend from the age of 5, but that's only through facebook randomly, her daughter now 28 is an instagram friend, so we see what one another families are up to but with little interaction.

I've work friends, former neighbours, the kids school friends and football club parents that I keep in touch with, but other than when I visit the UK or they come out to Dubai, these friendships are reduced to letter writing and messages.

I have 2 old school friends who I have regular online contact with and visit when I'm in the UK. 3 friends who were made through when the children were in school, 2 in the UK and 1 in South Africa. I have 1 friend I met in Uni and like 2 sets of married friends of Peter, whom I've known for the past 19 years and we see one another a lot, we just don't message outside of my UK trips often.

The rest of my friends have been met online, some I've never met, some I've flown 1000's of miles to visit, some I just message, some I write to some just pop up for time to time. Out of those online friends, I have 3 I see weekly when I'm in Dubai, 4 that I visit in South Africa who became real world friends and quite a few in the UK that I randomly meet for coffee when I visit. I spent last week in Germany with friends I made online 7 years ago and we see one another at least once a year, since I moved to Dubai and them over to Germany. 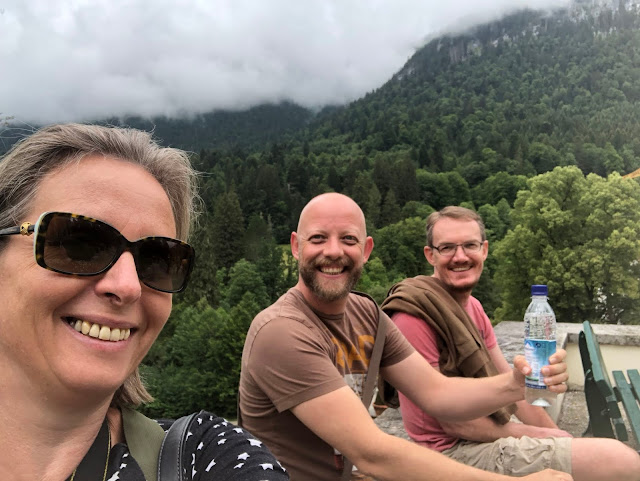 I consider myself to be fortunate, I have lots of friends around the world, each and everyone of them is special to me in their own way. Some of my friends know one another, some are purely online only, some made the transition to the real world, some I've yet to meet. Some are friends through letter writing only.

Each and everyone of them is valuable to me. I notice their presence, I notice their absence. Last year when my father died, my friends in real life and online got me through it. During this time I realised a facebook friend had been absent online, we'd arranged to meet that summer but had to postpone. I messaged her daughter who informed me her mother had died earlier that evening. I'm never too busy or occupied to have time for friends, even if in some cases, it's too late to do anything.


This is my best friend, my husband Peter, he who knows everything there is to know about me. The rest of you just get snippets. 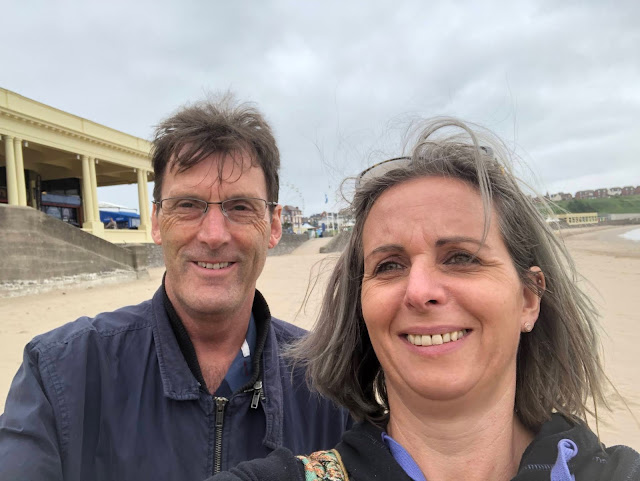