The current ski jump building was designed by Zaha Hadid and completed in 2002. Zaha is a British Iraqi architect and she also designed the Opus Building in Dubai, that I featured earlier this year. The tower stands at 47ms tall. 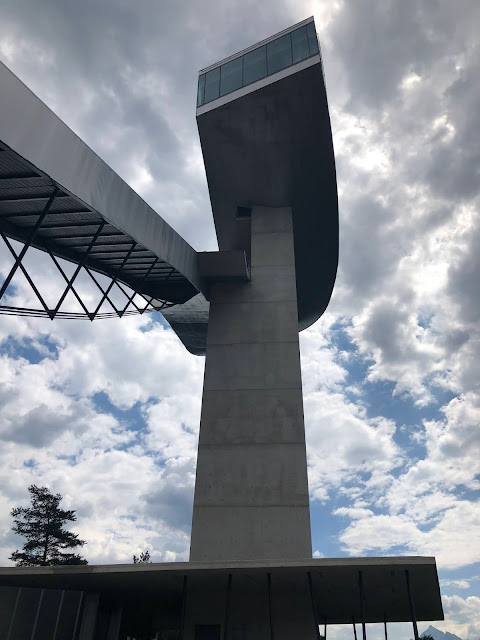 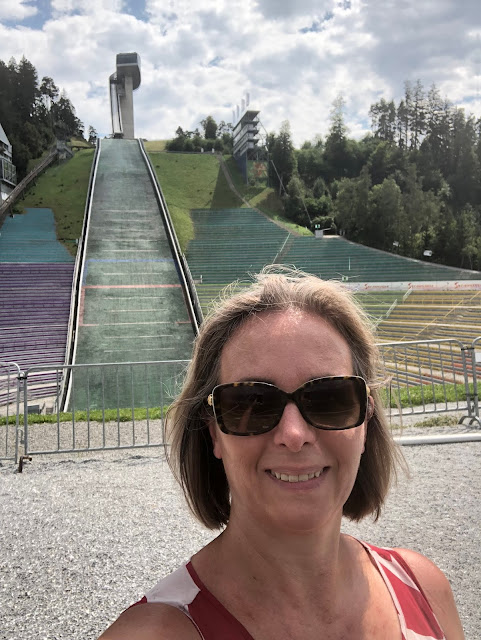 A couple of weeks I go I also showed you around the Ski Dome in Dubai If you think that was big, wait till you see this weeks My Sunday Photo.

Skiers use the same elevator to reach the tower which is at a height of 250ms and is reached within 2 minutes. I opted to walk back to the bottom. 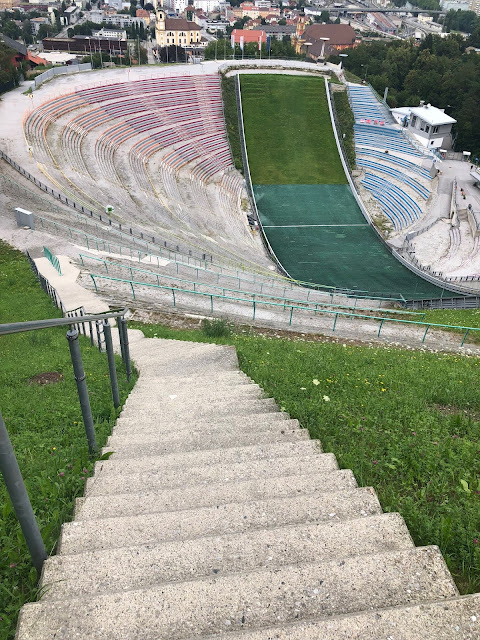 The inrun which is 98ms long, with an incline of 35 degrees has a plastic track, in summer the jump and slope is lubricated with water, in winter it is packed with 30cms of snow. 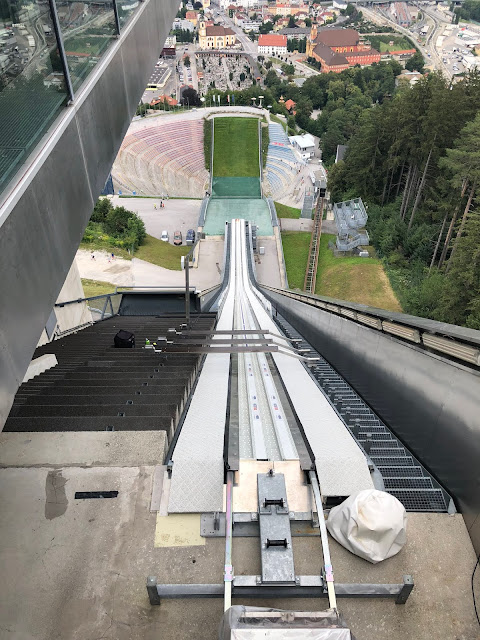 Jumping skis measure 3ms and within 4 seconds the jumper reaches speeds of 90km/h. 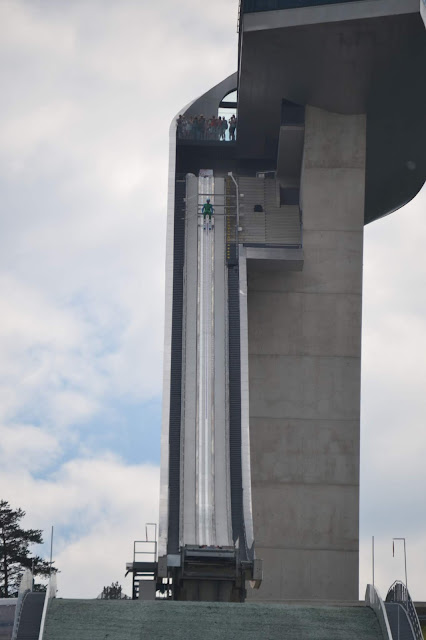 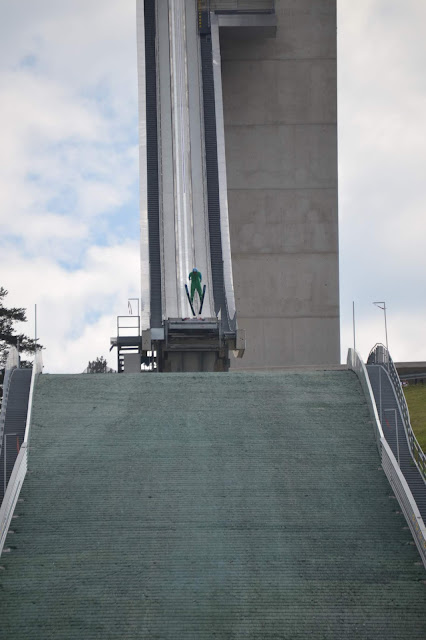 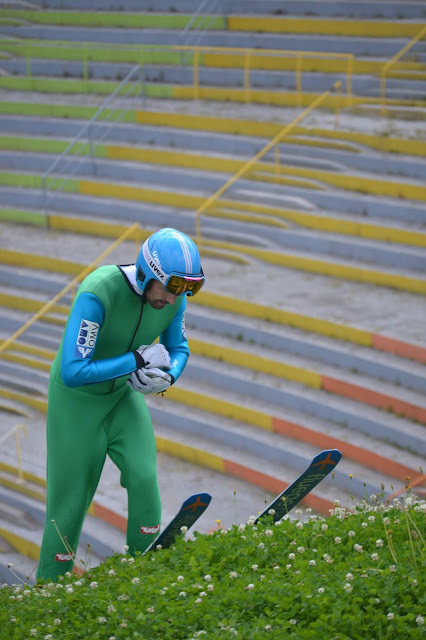 The views from the tower are spectacular and if you look closely enough you'll see there's a cemetery right at the end of the landing zone. 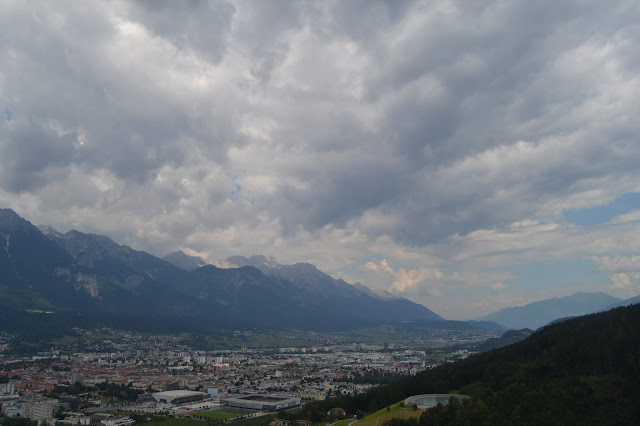 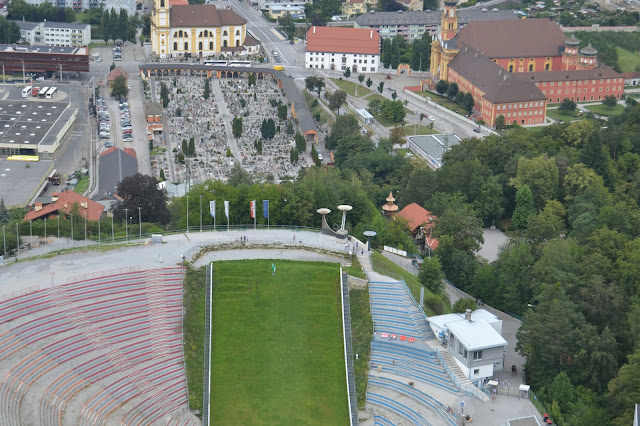 If you're interested in seeing some of the other construction, building projects and life in other countries then click on the links below: