Prom dresses aren't just for the prom, they're for weddings too.

I've never had a prom, they weren't the done things in the UK in the 1980's, but I did buy a prom dress in Las Vegas for mine and Peter's wedding in the UK in 2002. It was the first time I was aware of the scale of the prom industry outside of the UK. The variety of dresses on offer was astounding and I easily found the right dress, style and colour to get married in, with assistance from staff who said quite a few people bought from them to wear for their marriage in Vegas. 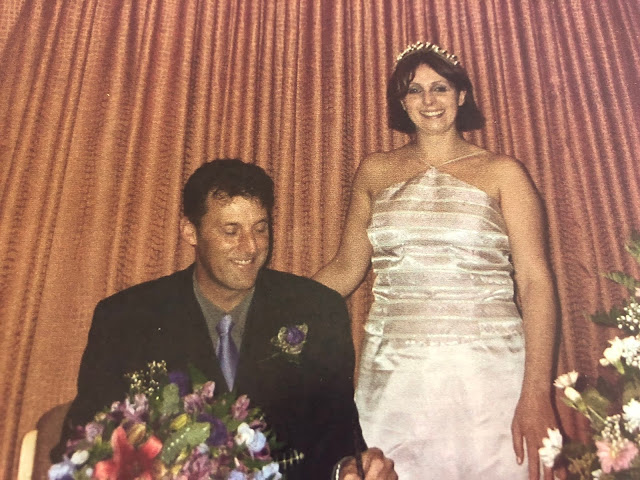 With 4 boys I never had to consider what they wore to their proms, suit hire was easy and simple, their dates had the most gorgeous of dresses and until recently I never really gave much thought as the amount of effort that goes into finding the right kind prom dresses that suit you I was however aware of the cost that goes into finding the right prom dress and even more so the importance of getting the right dress, style, colour and having hair, nails and make up done in light of social media.

I have heard plenty of friend’s say that they treated their daughter’s prom as a pre indication to their wedding day, a practice run.

In September 2019 Child 4 will be marrying his fiancée. Wedding preparations are in full swing; the venue is booked for both the actual wedding and the meal and party afterwards. Cakes have been tasted and ordered.

I played the role of Mother of the Groom to Child 2 and his wife in June this year, all I had to worry about after helping my son choose his suit, was just my own outfit. I considered a prom dress but decided it was a little bit 'too bridal' which gave me an excellent idea for my new daughter in law to be when we started discussing a colour theme and bridesmaids.

There are so many things to consider when choosing a dress for your bridesmaids and it is a difficult decision. Will they like it? Will they suit the same styles? Colours?

I have never been to a bridal shop to try on wedding dresses and the thought of having to make an appointment with a fixed time frame and choosing the dress of my dreams sounds quite stressful to me, let alone having to then make decisions on the dresses for the bridesmaid also. So I suggested to my daughter in law to be, to look at prom dresses to get inspiration for her upcoming wedding and help to choose the colour scheme, which will inform the cake and table decorations and bouquet.

There seems to be a lot more choice online when looking for inspiration if you search for prom dresses, which often throws up results for bridesmaids dresses also, the 2 seem to be interlinked in search engines.

This post is in collaboration with Prom Dress Finder.