Week 29 - One Daily Positive Off to Germany

It's important to me that people know I haven't just spent the last 8 years living abroad in Dubai. prior to that we lived in South Africa for 4 years, it was a completely different experience than Dubai. As I'm spending week 30 in Germany I thought I'd provide a little context to the reason for my visit.

I'm staying with friends outside Munich. I first met Dirk in 2011 when he took me and a woman called Janet and her mother in a battered old Golf, off roading to a township in Pretoria, to visit a children living in poverty to see how we could help and support them with their educational needs. I'd met Janet a few weeks earlier when we both dropped off a Santa Shoebox at a charity. 7 years on, I'm still actively involved in the charity in South Africa and as well as Peter and I now living in Dubai, Janet and her wife Nicky and 2 boys are now living in Ireland and Dirk and his husband Jacques are living in Germany. We've all remained very close. Sadly Janets mother died on Friday, we often talk about that day when we first all met one another.

196 Sunday Struggled with a hangover, had breakfast and said goodbye to the Bride and Groom from yesterday's wedding. Took child 1 out to Cheltenham, then home to watch the World Cup final. the evening was spent in, eating chocolate and drinking tea. This photo of the 3 stooges is Peter and his two golfing buddies who have been friends since the mid 80's. 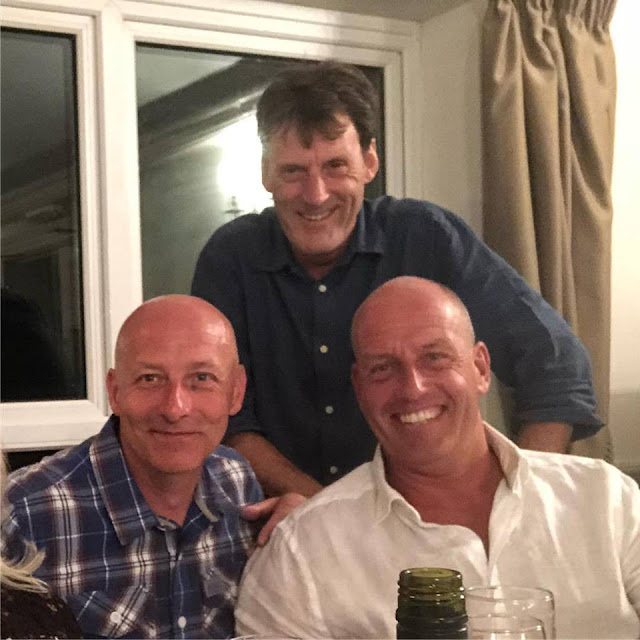 197 Monday Visited my MIL and spent the day in Bath In the evening child 2 and 2a came to Monmouth for dinner. 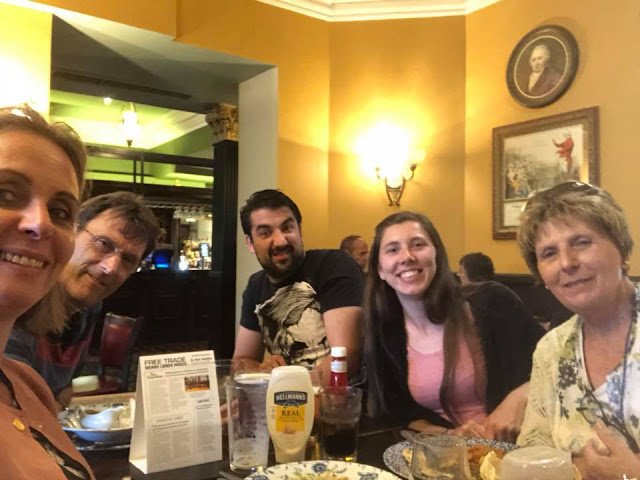 198 Tuesday Collected child 5 from Cirencester and took a drive out to Cheltenham. Called in to see a friend in town and left with our dinner to cook in the flat as it was late. 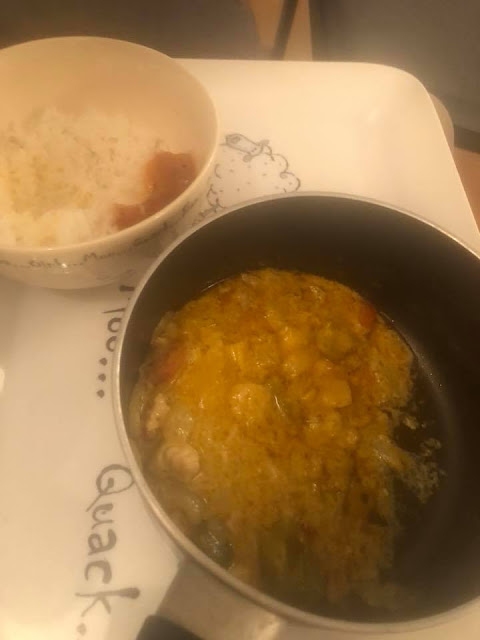 199 Wednesday Collected child 1 from Gloucester for the day and in the evening went for dinner with Saturday's Bride and Groom and friends. 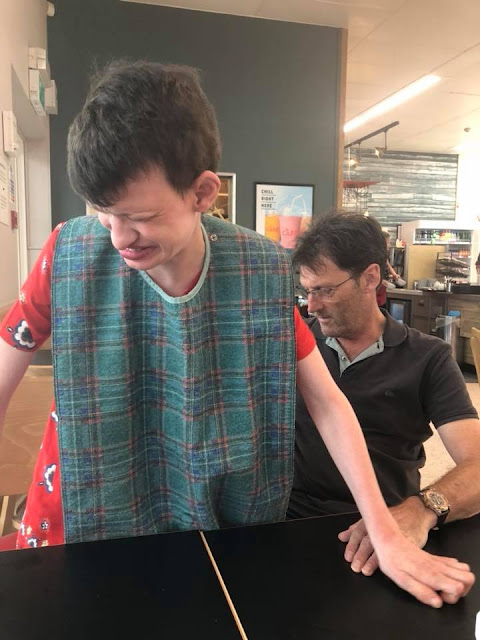 200 Thursday We drove Mum to Blackpool where she's staying for the week with her brother and sister in law, we had a little paddle in the sea and then we then drove back to Manchester before going to visit one of Peter's old friends. 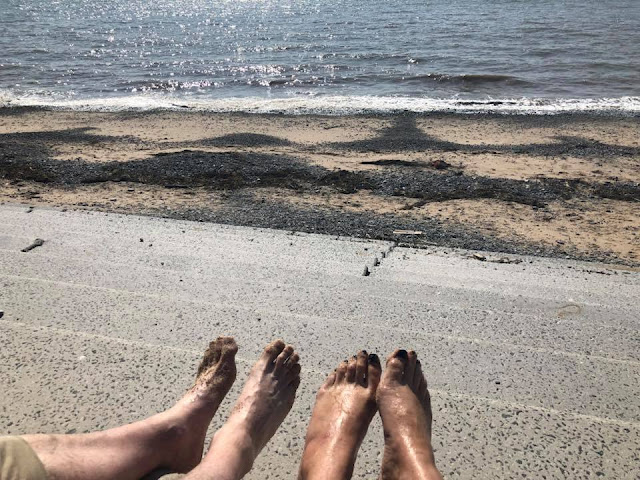 201 Friday Arrived at the airport at 7.30am and took 2 hours and 40 minutes to reach the gate for Peter who flew to Istanbul for the weekend and me to Munich for the week. Peter's flight was at 10.25am, mine was at 1.35pm. I spent the time uploading names onto a data base for this years recipients for the Santa Shoeboxes. The evening was spent catching up on our adventures since we last saw one another. 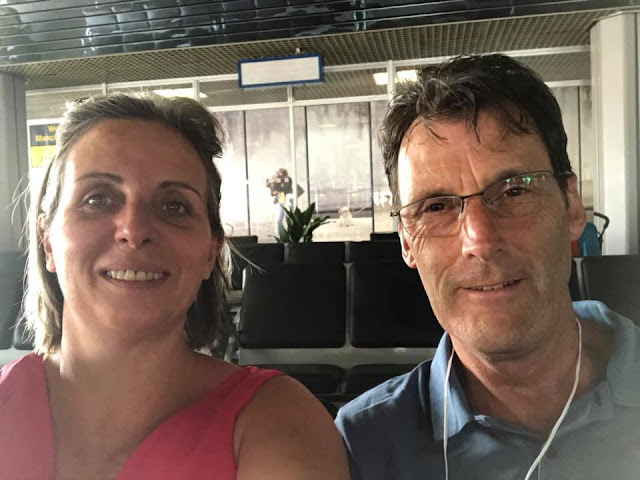 202 Saturday I woke early but it was 10am before we headed off for a drive to visit a castle and a Christmas village, it's Christmas all year round there in the shops. We ate dinner out then chilled out for the evening. if the rain stops we'll head off to watch some fireworks in the village. 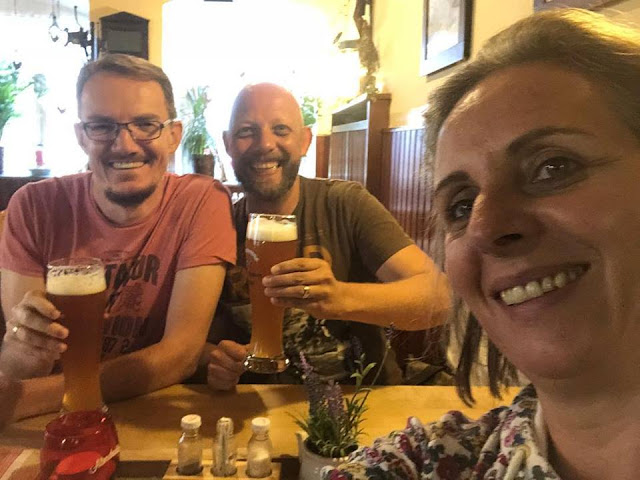 Either my Daughter in Law or DIL's to be are just too polite or they're using my son's to get their message across, either way, I think I may have nailed this 'How to be a good Mother in Law'

My Sunday Photo - The Best Man and Me