How to be a good Mother In Law

I've been 2a's Mother in Law for 6 weeks now, although she's been part of 2's life for a good few years, I'd have to ask them how many, I forget. 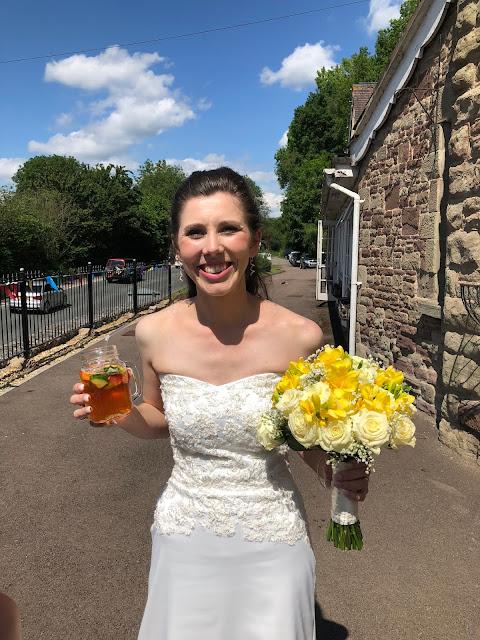 When 2a came into our son's life we were living abroad, we still are. I'm in the UK several times a year and we spend time together, usually visiting child 1 and my own MIL, or I go to theirs or they come to me.

During the year when I'm not in the UK we actually don't communicate a great deal. Neither of them are that active on social media, although 2a will respond within a few hours, 2 can take a week to reply. But the moment I arrive in the UK, the phone rings, messages are sent back and forth and we meet up around their working schedules.

I always wonder though if I'm doing enough, should I be contacting them more, asking if they're ok, if life is treating them good, more general chat about work and day to day life.

Last year our relationship changed, I went from being 2's Mum to being part of his daily life. My father died, they looked after me. As did my other children, but they were on the doorstep, drove me to the funeral, made sure I was OK, putting my needs ahead of theirs. Comforting me when they took me out for dinner and I broke down 2 weeks after the funeral. They helped with clearing my father's things, they checked my mum and child 5 were also ok.

Then just before I returned to Dubai, they announced their engagement. I returned to the UK in February/March but with the snow and a trip to Northern Ireland, our time was limited.

And then I almost messed it up. I asked why the rush to get married, if they could consider changing the date to accommodate our travel arrangements, I questioned the number of groomsmen, how much money they were spending when they both worked part time and why no one would tell me what colour the Mother of the Bride was wearing so I could sort my own outfit out.

At the point 2 asked me why I was being such a bitch?

I'm not being a bitch I'm trying to show you I'm interested and supportive of this wedding. It's called  'You're our first child to get married.' It's tough getting the balance right between showing an interest in your life and for you to not think I'm interfering.

The trouble was by the time he replied, I'd gone to bed, thinking I'd messed up. In the morning I woke to this:

Look I'm giving you free reign to ask, so ask. I have noticed and I appreciate.

The amusing part in all of this is, I didn't actually upset my daughter in law to be, she was unaware of this conversation until the other week and told 2a off.

I'm gaining 4a as a daughter in law September 2019, I've already been involved in their planning ideas from venue to colour scheme and cake tasting. This has made the whole process easier to ask questions about, but there's always the risk of a fall out by me putting forward my ideas that may or may not be wanted, in fact to date the only person who has snapped at me was 4. 4a and her mother told him to behave himself.

I don't have to worry about how to be a good mother in law, I need to pay a bit more attention to being a good mother.