Dubai Creek Towers height is being kept a closely guarded secret, estimated to be between 928m tall, 100ms taller than the Burj Khalifa built 8kms away. The reason for keeping the height secret is to prevent other countries building anything higher and it could be anything up to 1300m.

There are different categories for height when it comes to the tallest buildings in the world. As well as occupied buildings and towers there are structures, but it is hoped as this new project contains 20 floors and habitable space that it will be acknowledged as a building and not a structure.

Construction on Dubai Creek Tower began In October 2016 and by May 2017 the foundations were complete. Around 170,000 cubic meters of sand was excavated and 145 piles laid and inserted into the 75m deep foundations with 210 thousand tonnes of concrete poured.

This photo is of the construction site, views from Las Al Khor Nature Reserve and taken in March 2018 showing the location of where the Tower will start springing into life. 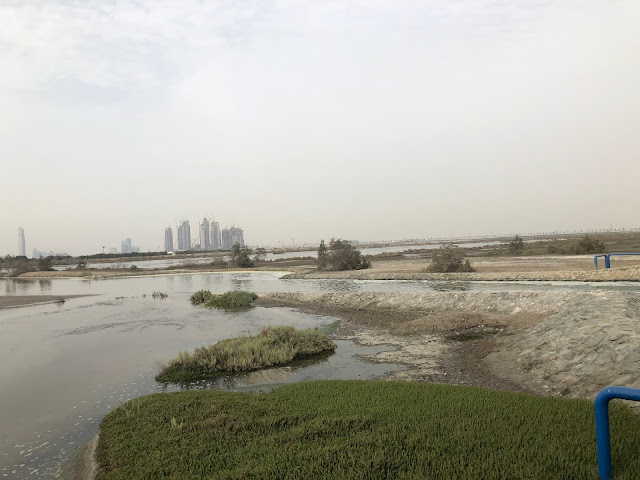 This is a model at Dubai Mall of the proposed tower. It's expected completion date is 2020 and is due to open in 2021, at a cost of US$1 billion. 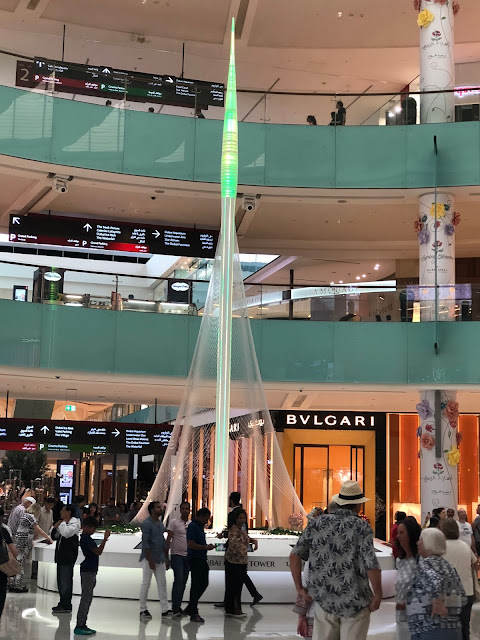 I won't be back in Dubai now until the end of August and I'm looking forward to seeing how high the tower will be on my return.

I've been photographing and documenting the construction of numerous projects in Dubai since we moved there in 2014. For My Sunday Photo this year I've been featuring these projects as well as other unusual and tall buildings I've visited around the world.